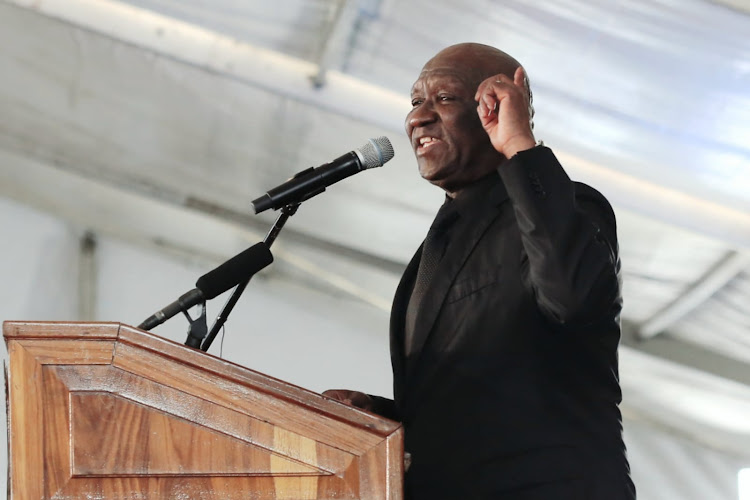 Don't have time to read? Listen to a summary below, provided by the writer.

Police minister Bheki Cele has been labelled “the minister of grandstanding” and accused of making “emotional statements and empty promises for the cameras”.

The minister has made several public appearances in recent weeks, addressing security concerns after shootings and violence saw dozens abused, injured or killed.

He addressed the state of SA policing during a briefing in Pretoria on Monday, detailing the shortage of police and promising backlogs at the forensic pathology laboratories have been dealt with. He also called the recent gang rape of eight women at a disused mine in Krugersdorp “the shame of the nation”.

“Some of [the victims] are artists, singers, some are young models. These are people trying to make a better life. What happened is a destruction of their future.”

‘Those who know are calling for me to stay’: Bheki Cele hits back at demands for him to resign

“There are many crime scenes I'm not 'hopping' to because they're not happening. Those who know are calling for me to stay,” said Cele.
News
6 days ago

His address was slammed by DA shadow deputy minister of police Okkie Terblanche. He said the minister was putting on “a performance for the cameras instead of announcing real interventions to address the violence crisis in our country”.

“The truth of the matter is Bheki Cele does nothing,” Terblanche added.

“He turns up after a serious crime has been committed, like the horrific Krugersdorp rapes, makes emotional statements and empty promises for the cameras, and then proceeds to do nothing. He is the minister of grandstanding.”

He added Cele had constantly failed over the last decade and “has blood on his hands”.

The party previously launched a petition calling for Cele to go. It has so far garnered more than 24,000 signatures.

Responding to claims that he just “hops” around crime scenes making statements, and should resign, Cele suggested those calling for him to resign are not privy to the amount of work he has done to fight crime.

“There are many crime scenes I’m not ‘hopping’ to because they’re not happening. Those who know are calling for me to stay,” he Cele.