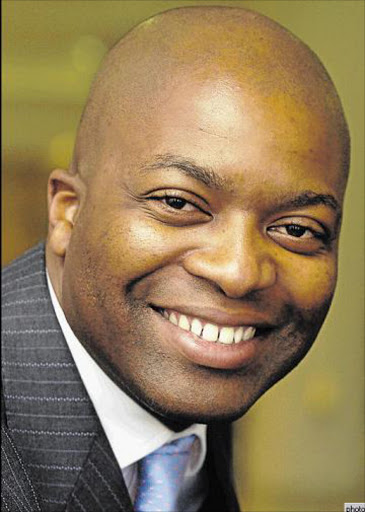 They received massive kudos last week after rejecting the amorous advances of both the ANC and the Democratic Alliance in hung municipalities across the country.

Coupled with the optics of their announcement – made in the open veld with the shacks and poverty of Stjwetla, an informal settlement adjacent to the equally horrendous Alexandra township – the party was lauded for what was seen as a master stroke. And for the EFF, it is. The party avoids being tainted by the rot of corruption that hangs over Jacob Zuma and his party like a turd. It is also not touched by the particular South African pathologies that continue to dog the DA. For Brand EFF this is great: the party can continue to be the enfant terrible of South African politics without any responsibility whatsoever.

Yet this lack of commitment to anything, to any basic contract or understanding with anyone else, is a great danger.

In Tshwane on Friday the party came through on its very odd bargain with the DA. It had pledged to vote with the DA to keep the ANC out of power. But what then?

Take the mutterings of EFF councillor Benjamin Disolwane at the Tshwane ceremony on Friday. After the ANC had behaved like morons, trying to disrupt the swearing in of the new mayor, Disolwane took to the stage and addressed newly-inaugurated mayor Solly Msimanga: “We support you, but we are not part of you.”

Disolwane then made a telling remark. He said the EFF was tired of seeing the ANC dispatching the Red Ants security service to evict poor people and dismantle their shacks.

Stop right there. Occupation of land by the EFF is policy. They have supported land occupations in Tshwane in both Hammanskraal and in Nellmapius. The DA has in the Western Cape and in the City of Cape Town evicted people without mercy. Think of the mid-winter evictions in Lwandle in 2014. The ANC has also done it. Think of this year’s mid-winter evictions by the Red Ants in Hammanskraal.

Truth is that the EFF decision is full of contradictions and dangers for the rest of South Africa.

It benefits only the EFF, while opening up a fraught, fractious, mine-filled local government landscape.

The EFF is no one’s partner. It has no record of pragmatism on any issue and has behaved in the past pretty much like a wrecking ball. Disolwane’s words above show exactly what we are in for.

That is the politics of performance, of show, of spectacle whereas the fragile arrangements and coalitions we have now demand negotiation, cool heads and pragmatism.

The EFF cannot be trusted to put South Africa ahead of itself in the next five years.

When municipal budgets are tabled one can expect an EFF strategy that conflates national and local issues.

The EFF’s powerful position in these municipalities is akin to one placing a gun in one of the cells housing Oscar Pistorius and his ilk in Pretoria. It is very possible it will be used irresponsibly and thoughtlessly.

The EFF has done well in these elections, but that is not the full truth of its performance.

It attracted 6.35% of the vote in 2014, and its growth since then has been pitiful: it now sits at a mere 8.19% of the national haul. EFF leaders had crowed repeatedly throughout the election campaign that they would treble their support. Malema told City Press that if his party failed to at least triple the 6% share of the vote obtained in the 2014 general elections its ambitions of unseating the ANC in 2019 were as good as dead.

Well, that didn’t happen – not by a long shot. The EFF does not have a mandate for its nationalisation policies or its land policies.

So we need to ask why the EFF believes it can impose its will on the ANC, which won a very respectable 54% of the vote, and on the DA at 26%?

Why does it believe its kingmaker status gives it the right to wreck, not build?

For that seems to be what the EFF is readying itself for.

It is readying itself to blackmail whoever is in power to kowtow to its will merely because it can jump into bed with the other suitor in the game.

New Tshwane mayor Msimanga said something profound to the shameless ANC councillors on Friday when they tried to disrupt his address. He said: “Never be bad losers…you can learn a thing or two about humility…humble yourselves.”

If the fragile arrangements we now have in our metros and the other hung councils are to work, the EFF has to remind itself that this advice applies more to it than anyone else.

For all its heat and fury, the EFF did not win these elections.

It must remember that.