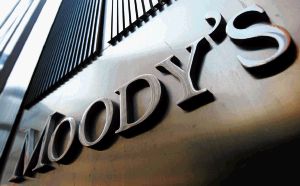 Moody's downgraded South Africa's sovereign credit rating to "junk" status on Friday, heaping more pain on an economy already in recession and now staring down the barrel of a steep contraction over the global coronavirus pandemic.

The ratings firm downgraded the rating one notch to 'Ba1' from 'Baa3' and maintained a negative outlook, meaning another downgrade could follow if the economy performs worse or government debt rises faster than expected.

Moody's said the main driver behind the downgrade was "the continuing deterioration in fiscal strength and structurally very weak growth".

"The rapid spread of the coronavirus outbreak will exacerbate South Africa's economic and fiscal challenges and will complicate the emergence of effective policy responses," it added.

Finance Minister Tito Mboweni said the government was not "trembling in our boots" and was committed to reforms to address weak growth and ailing state-owned companies.

The majority of analysts polled by Reuters this week had predicted the downgrade.

The agency is the last of the big three agencies to downgrade Africa's most industrialised economy to sub-investment grade, after S&P Global and Fitch moved there in 2017.

Moody's left South Africa on the brink of junk in November after it revised the outlook on its rating to negative following a bleak mid-term budget.

An annual budget in February showed a worsening of the fiscal picture, and the country started a 21-day nationwide lockdown on Friday that will dent output as workers have been told to stay at home to prevent the spread of the coronavirus.

Having a lower credit rating typically increases a government's cost of borrowing by raising the premium that investors demand to hold its debt.

WATCH | Fort Hare students chased from residence ahead of lockdown

Fort Hare University has again come under fire over claims that the university unceremoniously evicted foreign students from residences at its ...
News
1 year ago

The latest downgrade will see South Africa kicked out of the benchmark World Government Bond Index (WGBI) of local-currency debt, triggering up to $11 billion of forced selling, analysts estimate.

However, one factor that could make the reaction more muted when markets open on Monday is that a rebalancing of the WGBI has been postponed until the end of April, potentially delaying some selling by funds tracking the index.

Another factor that could stem losses is that South African assets have sold off heavily this year.

The rand is down around 20% against the U.S. dollar, and yields on the 2030 government bond are up well over 2 percentage points since the end of 2019.

Some analysts have argued that the downgrade to junk could prompt buying by removing a pillar of uncertainty that has clouded the outlook for local assets for some time.

But Kevin Lings, chief economist at asset manager Stanlib, said that prospect was remote for now. "I'm not convinced that because you have eliminated this uncertainty foreigners will come in," he said.

"Our market is now more beholden to the virus than the credit rating." -- REUTERS

British Prime Minister Boris Johnson has tested positive for coronavirus and is self isolating but will still lead the government's response to the ...
News
1 year ago