Economic intervention must include dispatching the corrupt 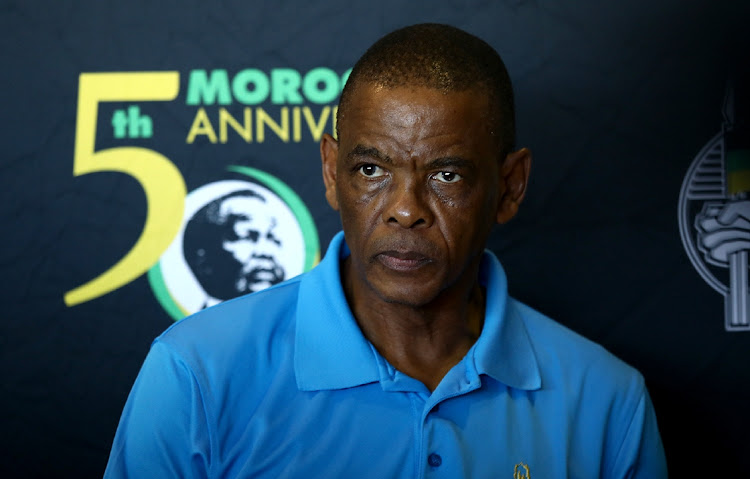 The economy of a country is perhaps its second most valuable asset after its people. Its infrastructure and natural resources perhaps come a close third and fourth.

“The skills, knowledge, and innovation that people accumulate are the greatest assets of economies on the rise. Recent evidence shows that human capital explains up to two thirds of income differences across the world.”

Keith Hansen, Fred Matiang’i, and Lutz Ziob seem to support this in their 2017 article, African Countries Wanting to be Knowledge Economies Need Capital.

At least they agree that the most valuable asset in a country is its people. However, they point out that it is the skills, knowledge, and innovation that the people accumulate which makes them valuable assets.

While these authors posit that people are the greatest assets for countries on the rise, this seems to apply whether economies are on the rise or in decline, as in SA  right now.

This view has never been more relevant than in the face of the economic devastation SA has suffered as a result of the Covid-19 pandemic.

It is perhaps even more relevant here considering that, on top of the impact of Covid-19, we have the ongoing destruction brought about by state-sponsored corruption and looting.

It is for this reason that the private sector is in panic mode, fearing that the government is not moving fast enough to implement economic recovery plans

It is evident that, on top of the attributes pointed out by these authors, ethical conduct would have to be included.

Without it, attributes such as skills, knowledge and innovation would be meaningless because they would be deployed, like now, to aid and abet corruption and looting.

President Cyril Ramaphosa has announced that the nation is moving to lockdown level 2 precisely to allow further lifting of restrictions on economic activity and to counter  the devastating effects of the national lockdown.

While there are still concerns about a possible resurgence of infections, and the accuracy of our Covid-19 statistics, it is clear our second most valuable asset, the economy, needs urgent attention.

It is for this reason that the private sector is in panic mode, fearing that the government is not moving fast enough to implement economic recovery plans.

“We’ve indicated that the economy is in severe stress and if we don’t make the necessary interventions it can only get worse. We need to make those interventions now.

“We need to stop deluding ourselves that we have more time. We don’t.”

These are the words of a worried Cas Coovadia, CEO of Business Unity SA. Equally worried is Sandile Zungu, president of the Black Business Council, whose organisation also supports the B4SA economic recovery plan which seeks to effect an economic turnaround.

In a rare sign of unity, business is pushing for government to act with the urgency required by this deep crisis, perhaps the deepest economic crisis ever faced by this country.

Unfortunately, the relationship between our top two assets, the people and the economy, is a very tight relationship. When the economy experiences devastation, the people also suffer devastating consequences such as increases in joblessness, poverty, crime and violence.

Unfortunately, this also spills over to a rise in phenomena like gender-based violence, among others, so the urgency of the intervention does not merely involve the welfare of businesses or their profits, it has a direct connection to the welfare of all South Africans.

For these reasons a weak economy must be regarded as a danger to the people of a country. Allowing corruption to take root has weakened our economy and has posed a direct threat to the welfare of our people.

The delays in dealing a decisive blow against corruption represents a danger to our society. It is not a mere delay in some misguided attempt to keep the ANC united.

The poverty of ethics demonstrated by ANC “leaders” like secretary-general Ace Magashule who defends politicians doing business with the state has emboldened corruption, crime and chaos.

Even as we speak of urgent interventions, there’s a real threat such efforts may be laid to waste by the corrupt.

An extremely important part of our approach to economic recovery must include retiring the corrupt, ideally to jail.

And an investment into ensuring a rapid increase in skills, knowledge, innovation and ethics must be pursued relentlessly, especially among the youth.

Perhaps a wiser population will vote differently and act wisely. Then a real new era driven by a wiser people may finally dawn on us.