Party’s ‘colour blind’ position contrasts with that adopted by ANC 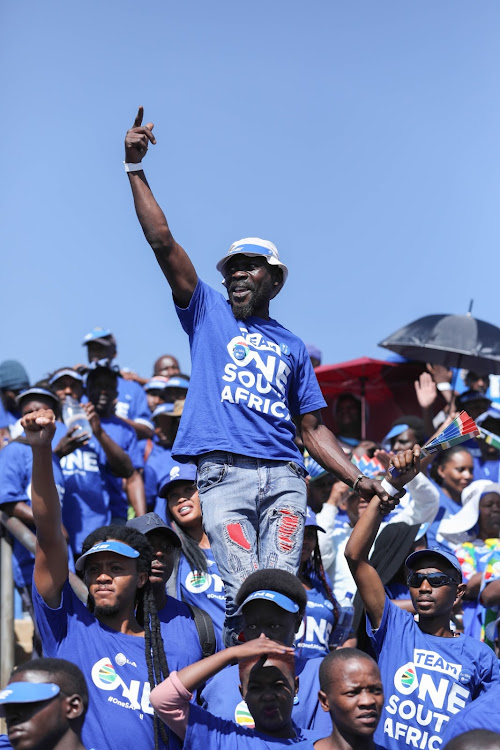 SUPPORT GROUP: Democratic Alliance supporters give the party their backing at a rally in Dobsonville
Image: SUPPLIED

Claiming, as the DA does, that policy must ignore race in SA  is like insisting that economic inequality should have been ignored in 19th century Europe.

The party resolved at a recent policy conference to oppose policy that uses race and gender as a criterion. This aims to set it apart from the governing ANC,  which endorses affirmative action as a means of addressing the inequities created by centuries of minority white rule.

Although this decision must still be ratified by the federal congress, its highest decision-making body, it is sure to become DA policy.

When it does, it will settle, for the moment, an internal argument between supporters of this view and those in the DA who want it to accept that race is a measure of disadvantage.

Those within the DA who reject racial redress are overwhelmingly white; those who support it are almost all black, although a black DA official has been the public face of the “colour blind” policy. The references to gender seem to be an afterthought since this was never a source of division within the DA.

As in other countries with a history of racial domination such as the United States, positions on whether race-based redress makes sense are a product not of academic analysis but where people are in society.

Whites have been challenging race-based redress in the US for decades because it signifies that they continue to benefit unfairly at the expense of blacks. Black attitudes in the US to racial redress are a subject of debate.

In South Africa, most whites react in much the same way as American whites. Just about all politically active black people believe that prejudice continues to disadvantage them and that racial redress is essential.

But the fact that many people believe something to be true does not mean it is.

Men are not constantly faulted for their emotions, accused of being aggressive when they stand up for themselves and submissive when they don’t. Nor are men subjected to violence simply because they are male.

So, we are not “envoys” (whatever that means) for our race or gender, but our experiences are shaped by them.

We are all individuals in theory but, in practice, when one group has occupied all the top positions in business and the professions for more than a century, people assume that only that group has the abilities those positions need. And so merit becomes another word for belonging to the dominant group.

If race or gender are ignored, the people who decide who is appointed are likely to assume that only people like them have “merit”. And so, the individuals appointed to top positions will almost always be those who look like the person making the appointments. “Not seeing colour” would be to see only one colour, that of the group in charge.

DA interim leader John Steenhuisen has written a letter to party delegates asking them to support the party’s resolution to embrace non-racialism.
Politics
1 year ago

The DA resolution says that each individual is unique and not a racial or gender envoy. Individuals, when free to make their own decisions, will not be represented in any and every organisation, sector, company or level of management according to a predetermined proportion.

Translated, that means no-one should be given a post or an advantage because of their race. Isn’t that a reasonable position in a society which rejects race discrimination?

No, it isn’t. The claim that each individual is “unique and not a racial or gender envoy” bears no resemblance to the reality in which people live. Each black person and woman may be an individual but, because they are black and women, they face obstacles which whites and men don’t.

White people are not considered unqualified for tasks unless they prove themselves (and sometimes even then).

Those who hold this view often claim businesses will always appoint on “merit” because they need to hire the best person to make profits. But who decides who the best person is? People are not calculators and their understanding of who is good at a task is shaped by the biases mentioned here. That favourite South African pastime, sport, provides evidence.

Northern Cape DA leader to step down from his position

Northern Cape DA leader Andrew Louw has become the latest provincial leader to announce he will be stepping down from his position.
Politics
1 year ago

Makhaya Ntini, who became one of SA’s most successful cricketers, would never have played for the country if one of the game’s administrators had not thought it politic to instruct the selectors to choose him.

Cricket is a useful indicator because personal averages are recorded measuring each player’s performance. In the early years of officially “non-racial” cricket, black players were often passed over for whites whose averages were lower. If selectors were not told to take colour into account, no black person may have played cricket for South Africa.

Opponents of race or gender-based policies often like to claim that they divert attention from poverty and economic inequality — they may make the problem worse by giving opportunities to well-off people only.

If help goes to people who live in poverty, whatever their race or gender, those who really need it will get it and the fat cats won’t be rewarded because they are black or female.

This view scrambles together two issues which are related but not the same — racial barriers and poverty.

Racial barriers affect middle-class people. It is they who compete for university places, or professional and business jobs. And so, the poor do not benefit from them.

But, unless you want to end all inequality, which few if any opponents of race or gender-based policy do, they only benefit at the expense of people living in poverty if they receive benefits which would otherwise go to a poor person.

'I'm a straight talker - just deal with it': Phumzile van Damme gets real

Those who know South African realities will find it weird to imagine “colour blind” policies opening up university places to people too poor to afford the better schools and business and professional opportunities to people who could not afford to go to university.

Of course, it could be argued that race and gender-based policies disadvantage the poor because the best people will not be appointed to the posts in government, the professions and management on which they rely for service.

But that is only true if the best people would be appointed if there were no race and gender criteria, which, we have already shown, they would not.

In effect, this claim implies that appointing blacks and women lowers standards and so it becomes another way of saying that black people and women are not up to the job.

So, “colour blind” policies and their gender equivalents would not usher in non-racialism, which means that each human being is judged on their ability alone.

They would retard it by ensuring that those who dominated in the past will remain on top. The DA’s policy proposal is not blind to race. It is blind to racism.

Steven Friedman  Professor of Political Studies, University of Johannesburg. This article was originally published in The Conversation