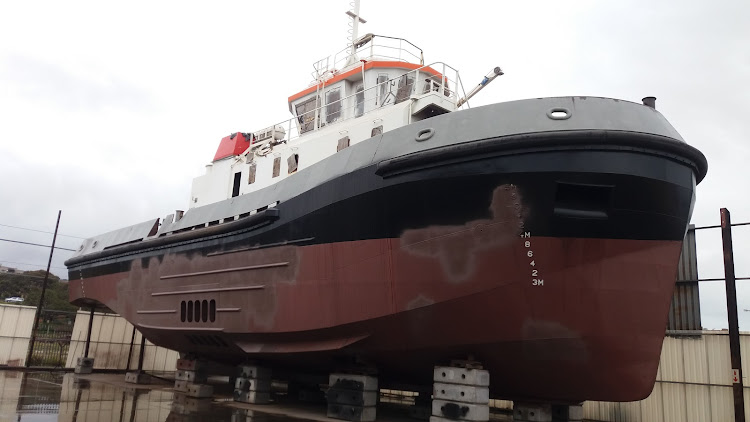 The year 2021 was preceded by a very tough and painful year, characterised by events that defied both spiritual and economic predictions.

It extinguished any flickering hope for economic recovery as many people lost their jobs and livelihoods during the ensuing economic recession.

This situation inspired us to put in place an economic reconstruction and recovery plan to attract investments to capacitate companies to improve operational performance, enhance profitability and create jobs for the people of our country.

We welcome the willingness of the private sector to be involved in this work.

For us in the Eastern Cape, the fact that we don’t have many industries means we rely more on public sector investment to help us knock-out our socio-economic challenges that stunt growth by injecting money to revive our economy.

We benefited from government policy instruments that funded two of our best performing Special Economic Zones in East London and Port Elizabeth, where we built modern manufacturing factories for companies supplying global markets.

Through the department of trade & industry’s investment incentives and our own financial instruments, we attracted top notch investors to set up  base in our province, while some leading global brands continue producing products in their factories here with our support.

We are on a growth path, and for that to succeed, we need additional capital investment by government to lift our economy to a higher productivity level and growth trajectory.

This ANC-led government developed policies aimed at growing our economy, injecting money into various elements of our economy that include economic infrastructure, to make it easy for companies to do business in our country and to attract investments and create jobs.

Eastern Cape premier Oscar Mabuyane is likely to take action against embattled health MEC Sindiswa Gomba, who is linked to the Nelson Mandela ...
News
1 year ago

In his state of the nation address in 2003, former president Thabo Mbeki announced the construction of the Ngqura (Coega) port and concessioning of the Durban Container Terminal as some of the key economic infrastructure projects.

Mbeki told journalist Vuyo Mvoko that government was to “concession some parts of the port [Port of Durban], to make sure you put in new investment in the port to reduce costs of moving goods in and out of that port and to increase the speed at which you do it”.

In his 2005 budget speech, former finance minister Trevor Manuel identified “completion of the Port of Ngqura, upgrading of the Coallink line to Richards Bay and the Sishen-Saldanha link, a new container terminal for Durban and port capacity expansion in Cape Town, Richards Bay and Saldanha, and the building of a new multipurpose Durban-Johannesburg-Pretoria fuel product pipeline” as significant projects of government.

In line with government’s position that “expanding the capacity of all ports was crucial to enhancing the country’s economy,” this capital investment transformed the capacity of the Port of Durban into a “hub port for neighbouring countries,” and increased the port’s capacity to handle more and larger ships.

As a result of this government decision, in the past eight years, Transnet injected R18.4bn capital investment in KwaZulu-Natal,  and only R7.3bn in the Eastern Cape.

President Cyril Ramaphosa has called on premier Oscar Mabuyane to ensure there is consequence management for failing councils in the Eastern Cape.
News
1 year ago

According to public information from Transnet, “R6bn of the total NatCor and Richards Bay Corridor capital investment was geared towards maintaining port facilities, while the balance was spent towards sustaining and expanding capacity to provide security of supply for the fuel and petroleum sector”.

Government never committed to invest only in KwaZulu-Natal and the Western Cape, it committed to expand the capacity of all ports, including those in the Eastern Cape.

It is now time to direct massive capital investments to the Port of Ngqurha and Port of East London for the benefit of the Eastern Cape economy.

The relocation does not mean government is closing down the Port of Durban.

This relocation brings new economic opportunities for the country’s sluggish economy because massive capital injection will bring additional capacity to handle more ships, move cargo faster and reduce backlogs in other ports that have too much traffic.

We are in talks with leading manufacturers across key sectors of the economy who will now use the Port of Ngqurha for sending and receiving goods.

Government’s long-term investment in both Richards Bay and Durban buoyed the economy of the entire province, and both cities still enjoy the benefits of this.

The Eastern Cape provincial government has made a U-turn on its initial decision not to renew the contracts of 625 nursing interns. The news met ...
News
1 year ago

We welcomed Transnet National Ports Authority’s decision to relocate its head office to the Port of Ngqura because of the massive economic spin-offs for the Eastern Cape.

We are happy Transnet is now implementing a decision taken more than 10 years ago that shows its confidence in the Eastern Cape.

We are optimistic Transnet will be motivated to implement some of its decisions, also taken some years back, to inject capital investments in the province.

Part of that investment includes expansion of the Port of East London and investment into the rail network and revamping other economic assets of the group that includes gas, energy infrastructure and its property portfolio.

Speaking during our provincial government lekgotla, President Cyril Ramaphosa said: “As the provincial leadership, working with national government, we need to reverse these migration patterns by deliberately investing in the Eastern Cape so it becomes a centre of work and economic opportunity.”

We agree with this and we are working with national government departments and agencies to ensure provinces like the Eastern Cape that have been neglected for years in terms of investments will now benefit from the economic reconstruction programme.

Mabuyane is the premier of the Eastern Cape and ANC provincial chair.