INSIGHT | Future of rugby’s Springbok emblem back in the spotlight 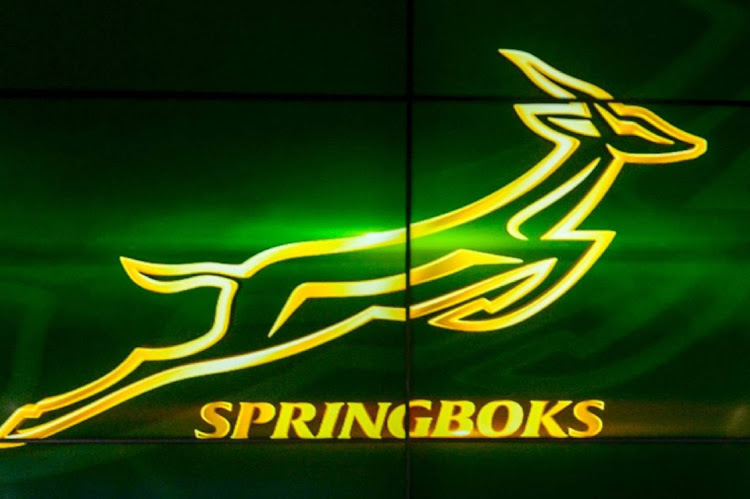 This week’s news that Kanya Mdaka from Engcobo has approached the equality court in East London for a declaration that the use of the Springbok rugby emblem constitutes hate speech, similarly to the display of the apartheid SA flag, will once again pit rugby against the law.

Contestation between rugby and the law is best reflected in the 1998 case involving the democratic government and the then SA Rugby Football Union, when an angry then-president Nelson Mandela was forced to give evidence on how he had decided to appoint a commission of inquiry into serious allegations against the union, including rugby supremo Louis Luyt.

The issue today — whether the Springbok emblem is an offensive relic of our past — is arguably much more emotive, and perhaps also legally exacting, than political authority.

Eastern Cape man to challenge use of Springbok emblem in court

An Eastern Cape man is taking on the mighty SA Rugby Union’s continued use of the Springbok name and emblem, claiming it is an illegal and ...
News
1 month ago

Mdaka, 39, who aligns himself with the words and ideals of Black Consciousness Movement founder Steve Biko, says he is ready for the storm over his actions which will be unleashed by Springbok supporters, including AfriForum.

AfriForum was the main opposition to the Nelson Mandela Foundation in the 2019 Equality Court judgment on the apartheid flag which Mdaka relies on for a decision on the Springbok.

He knows he has many hurdles to cross, including the issue of whether the application should be dealt with on an urgent basis.

“Every day the court doesn’t hear this, harm is done. On Saturday, the Springboks will be playing another Test against the British and Irish Lions. Every time the emblem is displayed it promotes everything that the Springbok emblem stands for.”

On whether he can withstand the corporate might of the current SA Rugby Union, he states laconically: “In rugby we say, the bigger they are, they harder they fall.”

He anticipates calling on others unhappy with the use of apartheid-era symbolism in democratic SA.

East Londoner Mark Fredericks says Mdaka will get “considerable support especially once the Springbok history is interrogated”. Currently, the history is “not interrogated but presented through PR and marketing initiatives”.

Fredericks has written widely about the Springbok emblem as a symbol of the strength of racialised rugby and the erasure of nonracial sports history.

The emblem has no moral place or role in SA outside its historical existence, he says.

In Fredericks’s view, the apartheid flag and the Springbok emblem are intricately linked, with all the so-called greats of pre-democracy Springbok rugby playing under the old SA flag.

The ultimate crime of the rugby administration under the Springbok emblem, says Fredericks, is the “shoehorning of black rugby players” into Springbok blazers and colours.

This had the effect of “spreading the blame for normalising racism and violence through rugby under the Springbok emblem” and effectively cleansing the emblem itself.

Former nonracial player Zola Yeye, who was part of a powerful Kwazakhele Rugby Union line-up in the 1970s and subsequently managed the Springboks in 2007, is among former rugby greats who have supported the ditching of the emblem as a symbol of the apartheid era.

Yeye says the Springbok remains a bone of contention to this day. Personally, he rationalises his involvement with SA’s national rugby team on the basis that he was not “working for the Springboks; I was working for the country. The symbol was secondary”.

The former nonracial sports administrators and players' concerns about SA’s sports unification talks of the early 1990s include the preferring of the Springbok system as the desired system for rugby development in the country.

Themba Ludwaba, who started playing for Spring Rose in Gqeberha under the SA African Rugby Board in 1963 said: “We don’t get recognition as people who played rugby at provincial and national level.”

However, Ludwaba is conflicted about the Springbok badge, as his original union colours included a black and gold Springbok emblem.

“The anti-apartheid structures were tokenised and summarily dismissed from further considerations, receiving no recognition from rugby authorities and the wider public,” Fredericks says.

“If people are shocked by the revelations at the current Cricket SA hearings, they’d better gird their loins and steel themselves for the rugby hearings, which I certainly hope will come.

“Any challenge to the legitimacy of the Springbok is one I would support, and I have no doubt that it would be widely supported in the country — especially once the true history of SA Rugby is laid bare.”

Writer and retired Cape Town journalist Dougie Oakes says he has “always seen the Springbok as an apartheid emblem”.

Individuals like SA rugby captain Siya Kolisi were assimilated in Springbok culture without a hint of irony.

“And this ‘Springbok culture’ is essentially a white Afrikaner and, suspiciously, a pre-1994 culture, give or take a tweak or two. The retention of the Springbok has allowed those who run the game the opportunity to seamlessly carry the Springbok from the days of apartheid to the so-called democracy era.”​

GOING THE DISTANCE | In the footsteps of history

On Sunday, Human Rights Day commemorates the horrific 1960 shootings when police opened fire on a peaceful demonstration against the pass laws in ...
Sport
6 months ago

South African Rugby (SA Rugby) president Mark Alexander has a stark message for the organisation's affiliates who have turned a blind eye to ...
Sport
10 months ago

Transformation in sport must start at the bottom, says Ashwell Prince