Debt should bring us closer to independence and prosperity, not rob us of it 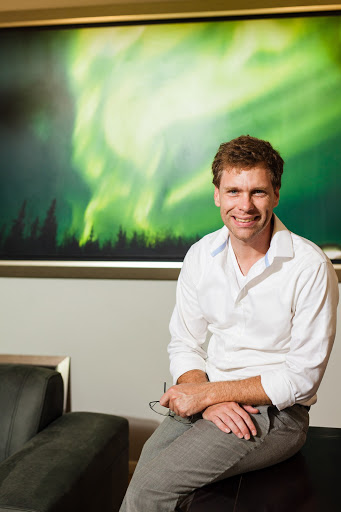 Columnist Bertus Coetzee says there is both good and bad debt, and that caused from necessity.
Image: SUPPLIED

Debt has developed into a major concern in South African news stories in the past two years. It is a theme we should all take the time to understand, to have control of our future as individuals, companies and as a nation.

The Daily Dispatch has reported that the overall debt-to-income ratio among South Africans is more than 122% and over 150% for those taking home R20,000 or more, according to DebtBusters statistics.

Of the large numbers of South Africans living on credit, the poor are worst hit.

Poverty prevents people from fulfilling their basic needs, making debt an obligation rather than a choice.

At the same time, those with the lowest incomes get the highest interest rates due to the greater risk they pose to lenders.

Handing all one’s income over to creditors places our future under their control.

There is another swathe of society that takes on debt purely for the luxurious lifestyle and social status that smart cars and expensive holidays provide.

These people deserve little sympathy in my opinion, as shallow values rather than necessity drives their debt problems.

Its negligence has a high cost. When we default on our debt, someone else is placed in charge of our financial affairs, gaining power over every aspect of our lives.

It is strange so many of us are comfortable to give away our freedom and future.

We need to classify debt into good and bad debt.

For much of history, debt was seen as a burden and responsibility.

Our parents entered into it for a specific and long-term purpose, such as buying a house or starting a business.

How can we help you? By protecting your clients, FNB

Human error aside, the bank paid out R3m from a customer’s empty account, then tried to sue him
News
3 weeks ago

This was good debt. It was in era of much simpler financial rules, in which debtholders had personal relationships with their bankers.

Debt took simple forms and paying it off was a major and lifetime achievement.

Then, in 1949, the first credit cards, the Diners Club cards, were issued.

Many other credit cards followed, and advertising companies started encouraging us to buy a plethora of things we wanted but did not need. This is bad debt.

Large amounts of it are toxic.

Yet debt became democratised and lenders encourage us to maximise, rather than control it.

The debt industry has become unbridled, capitalising on people’s weaknesses.

Debt has become a product in our financial markets, and a very complex one: our minds boggle at its classification into derivatives, swops, reclassifications, and the way it can be sold on to others, providing the seller with a product based on lack, rather than substance: a house of cards based on nothing but perceived ability to pay the debt back.

For companies, debt is an essential tool, as it is not practical to pay cash for all the raw materials and resources a business requires.

Yet while businesses need short-term debt, they should be wary of long-term debt, and strategic about it.

Using debt to cover operating costs will bind the business through interest incurred.

Companies should always calculate whether incurring debt will help them earn more than the interest they will pay, and should pay it back as quickly as possible.

Many companies view debt as a saviour rather than a potential danger, and their long-term problems are self-inflicted.

The best view of debt is as something akin to a radioactive isotope. It has fantastic uses, but the longer you hold onto it, the more it poisons you.

Internationally, debt has shaped our modern era by fuelling economic growth. Yet here too it has become an amorphous and dangerous beast.

When the value of money was backed by gold reserves, debt was based on something tangible.

Then former US president Richard Nixon removed the ‘gold standard’ — partly because his country had depleted its own gold reserves.

By refusing to engage on fiscal strategy, it forces contributors to accept austerity as a precondition
News
4 weeks ago

Now, countries can decide to print more money at their discretion and debt is issued purely on the perceived ability to pay it back. These perceptions may be incorrect.

The US including the UK now have a debt-to-GDP ratio of more than 100%, which is not seen as a concern due to the perception that economic growth will enable the repayments.

Yet SA’s ratio, at over 80%, is of major concern due to scant confidence in our economy.

Future generations will face the enormous strain of servicing our debt.

Meanwhile, the IMF can create Special Drawing Rights out of thin air, issue the funds to countries in need, and when the low-interest debt is repaid, it simply vanishes from circulation.

These are alarming scenarios in a world that is becoming increasingly disorderly, and where there is diminishing integrity in society.

Bitcoin is an example of how perceived value changes. When perceptions shift, the value of bitcoin soars, but it remains vulnerable to crashing again at any point, as it is based on speculation, with no sustainable transactional value at this time.

Modern Monetary Theory proposes the governments of developed countries should spend without constraint and with no ties to other currencies, as they can print any quantities of money they need.

This is a delusion. No government has done it successfully, nor ever will, as our economies are all tied together in a giant web of interdependence.

On this basis, South Africa could move forward in procuring the R1-R3-trillion nuclear power plants, and simply ramp up money printing. Clearly, this is nonsensical.

Lending depends on integrity: the perceived value of both parties.

Debt is too often an easy solution to our poor problem-solving abilities on an individual, corporate and national level.

It should rather be understood and taken on for a clear purpose: to bring us closer to independence and prosperity, not remove us from it.

PODCAST | Is it time to start regulating cryptocurrency?

Governments around the world, including SA, look to regulate this largely unconventional asset class
Multimedia
1 month ago

We all should take responsibility for the contribution we make towards unsustainable debt, as it will be repaid not only by our generation, but for those that follow.