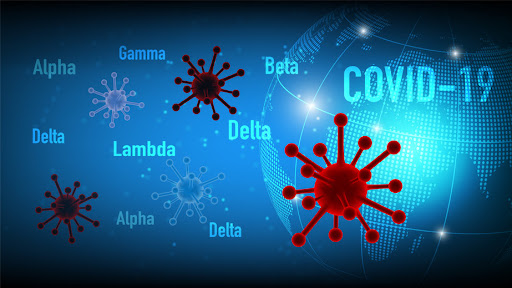 Using data can help understand what next to expect from the pandemic's impact on the economy.
Image: 123rf/flyalone

The Delta variant of Covid-19 is key to understanding the current trends around the reopening of the global economy, and what we can expect in the next phase of the pandemic.

Countries that were aiming for so-called “Zero Covid” have found that this strategy doesn’t work so well against a virus that spreads much faster and further than the original strain. South Africa, as well as other countries such as India and the US, where the previous variants appeared to have become endemic, were then hit with a new wave of infections through the spring and summer. However, it now looks like we’re at the end of that wave.

Although some economies are reopening, mobility and socialising haven’t yet returned to pre-March 2020 levels. This has an effect on the spread of the virus even if there are no legal restrictions on what you can do.

Fear levels are a useful gauge to track this. Schroders’ data shows that the percentage of people in the US who say that they’re fearful of Covid-19 is currently 55%, up from 35% in June. This will undoubtedly have a knock-on effect as people avoid fully participating in the reopened economy. Fear should fall as cases decline.

What is the risk of further mutations of the virus as we saw with Alpha and Delta?

This risk is very hard to quantify but all infectious diseases mutate when they are inside your body. This is a risk of having high levels of infection in a population: there are more opportunities for any virus to evolve. We can’t know if there is another variant down the road with the scale of advantage that Delta has over previous variants, but it is absolutely a risk.

Can we look to the UK as a precursor of what we might expect locally?

The UK was the first developed economy to be hit hard by the Delta variant and this gave other countries an idea of what Delta becoming prevalent would do in the middle of a vaccination programme.

A useful area of comparison is the regional differences in the UK. The UK saw increased infection levels peak in mid-July as a result of people meeting up during the Euro 2020 football matches in pubs and private homes. Meanwhile, Scotland saw something similar - but earlier - when its national team was knocked out of the tournament in the first stage.

Although this wave has since subsided, it initially caused concern for epidemiological modellers and the government, and the different fates of the two teams helped reveal how modellers make sense of the dynamics of the virus.

Will new Covid-19 restrictions be imposed by governments globally?

The journey now seems to be one of relaxing restrictions, with South Africa recently moving to Level 2 lockdown.

Although infection rates vary, we would generally expect cases in the US to start falling from now on as the virus is running out of susceptible individuals to infect. In some countries such as Brazil, due to a high infection rate (which has led to a very high number of deaths) and a high vaccination rate, behaviours are virtually back to normal with very little in the way of restrictions.

Global lockdown measures were necessary last year because virtually nobody had any form of immunity against Covid-19. However, with large numbers of countries combining vaccinations and natural immunity from prior infections, it is unlikely that healthcare systems will become overwhelmed in the same way again.

Will booster jabs be necessary to get SA back to normal?

Although there is evidence that immunity does eventually wane after being fully vaccinated, that is in the antibodies that are the “front line” of immune defence.

At the same time, there are T-Cells and B-Cells in the background that remember how to make those antibodies, which is why protection against death is still strong a long time after vaccination for most people.

There is a useful comparison with Hepatitis-B, where it has been clearly established that three doses of the vaccine are needed to have full immunity against that virus. The Delta variant does appear to be a virus that, like Hepatitis-B, needs a third dose in order to give enduring protection. However, pursuing this approach does present an ethical dilemma. Most developing nations, such as South Africa, have had a slower roll-out of the immunisation programme and thus vaccination rates are still lower than that of first world countries. This presents an argument that those third doses should go to those who have yet to have a first vaccination.

Nonetheless, to provide their populations with the best protection against Delta, governments will probably need to provide a third dose.

In terms of a pre-pandemic normal, many countries may need to increase hospital capacity long-term in order to take in winter waves of both Covid-19 and the flu at the same time.

What will happen to the countries who pursued a zero-Covid strategy?

There are two ways that a virus such as Covid-19 ceases to be a threat: firstly, it doesn’t exist in the country at all, and secondly there is enough immunity to control the virus and not have an impact on healthcare.

However, the first strategy requires a country to essentially close the border to keep the virus out. It’s not an end strategy; the end strategy must be to have immunity as otherwise the country is essentially cut off from the rest of the world forever.

Countries which pursued zero Covid are in for a difficult time, both culturally and administratively, as they attempt to reopen to the rest of the world, as they will have no naturally acquired immunity and will be solely reliant on vaccines.

Mark Ainsworth is Head of Data Insights and Analytics at Schroders