BEHIND THE NEWS | Waking up to tragedy 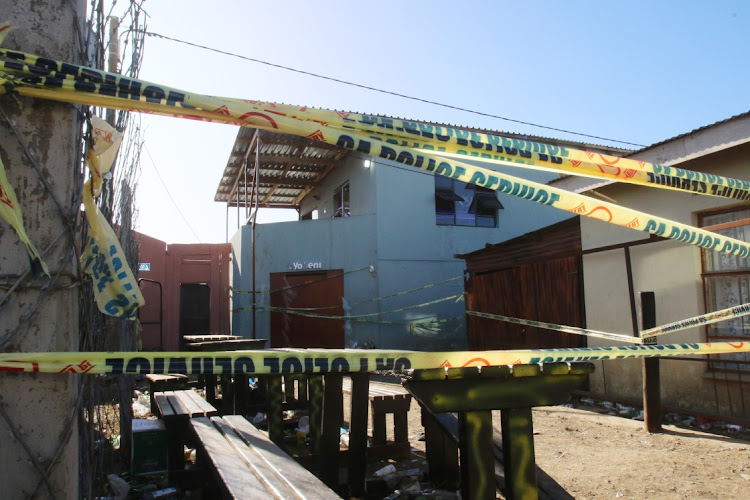 In the early hours of Sunday morning, members of the Daily Dispatch team awoke to frantic phone calls and messages. An unspeakable tragedy had taken place.

In the dark, our reporters, photographers and editors headed off to the scene of the Enyobeni Tavern tragedy while piecing together bits and pieces of information and processing shocking images from the ground that we judged too extreme for publication.

Our photographer arrived at 5.30am to find police and emergency vehicles parked outside and a handful of worried parents already there.

Just after 6am we published the first of many stories on DispatchLIVE and shared it to our social channels.

The scene at the tavern was chaotic, with police trying to secure and preserve the crime scene while parents were arriving in frantic searches for their missing children.

Border-Kei Chamber of Business says the Enyobeni Tavern tragedy reflects a greater societal problem and that stakeholders need to shoulder the blame ...
News
1 month ago

Police and personnel from various government departments converged on the area and information began to trickle out.

First, officials told us there were 22 people dead. Then it was announced that the number was 17, but when we queried this we were told another five were dead in hospital.

Later that number was again revised to 21. One person in the tavern, thought to be dead, had woken up after lying unconscious among the bodies of her friends for at least three hours before being found alive.

As we spoke to survivors, details of the packed tavern, the chaos as they struggled to leave while fighting for air, and the horrific fear experienced by children as young as 13, began to emerge.

Pathology vans started to fill the parking area and remove the bodies at about 11am and by that stage hundreds of residents had gathered and our team members had to get creative to find the truth while law enforcement obstructed the view of the scene and blocked access.

LISTEN | ‘They robbed us while the children were dying’

A survivor of the Enyobeni Tavern tragedy has told how he was robbed while lying trapped between the bodies of youngsters who had collapsed in the ...
News
1 month ago

From 5am, parents came in numbers trying to look for their “missing” children, mostly teenagers who had attended a pens-down celebration party at the tavern.

As the day broke, it was becoming obvious that their worst fears had been realised — their children were dead.

One could see the panic on the parents’ faces grow as they struggled to find their children.

Some tried to force their way inside to look at the bodies.

When pictures of the deceased inside the tavern started appearing on people’s cellphones, their panic only grew.

People from all walks of life came rushing to the scene.

More than 100 vehicles later, the one tiny road leading to the tavern was blocked and we could not leave the area for another eight hours.

It was a painful scene, not only for the parents of the deceased children but for the entire community who witnessed how police forensics were working on the scene under immense pressure.

Eastern Cape police have warned against speculation on the cause of deaths of the 21 youngsters who died at Enyobeni tavern in Scenery Park, East ...
Sport
1 month ago

All the community and parents wanted was to see the bodies of the deceased children.

As their voices grew, so too did the media attention. Journalists from outlets from across the country converged on East London and international TV news stations had started reporting on it by 10.30am.

Then our phones started ringing. Everyone, including ourselves, wanted information. Our journalists appeared on live broadcasts all over the world as it watched in horror.

One young man who had survived has suffered depression and is undergoing counselling. The trauma that he has been exposed to is unbearable.

As the Border-Kei Chamber of Business has put it, the affected parties are all to blame for the tragedy.

After going to a state mortuary with the families of the victims, a heartbroken Scenery Park mother’s frantic search for her teen daughter who went ...
News
1 month ago

Parents of the children are to be blamed and so are police, the Eastern Cape Liquor Board, tavern owners and the bouncers.

While we await the final cause of death, amid all the speculation, we are all still shaken by the tragic nature of the events.

As journalists, we try to distance ourselves from the pain of our subjects, but the reality is that covering these events and the collateral damage done to the family and communities surrounding them will forever leave indelible marks on our souls.

But tomorrow is another day and there will be new issues to expose, more tragic situations to cover, and, with a little hope, some good stories to tell.