Mchunu believes the public service's image can be improved

'The image of public service today is tainted by a number negative perceptions,' minister Senzo Mchunu said on Thursday 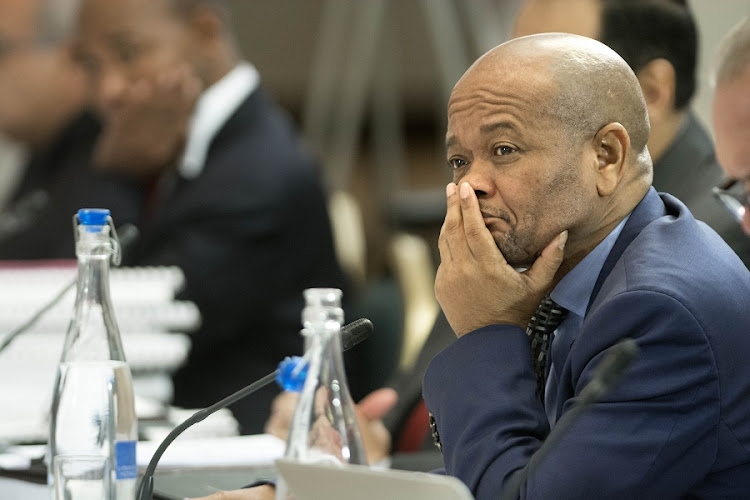 Is the public service ethical, does it have integrity and does it have the capacity to serve a developmental state?

These were the questions public service and administration minister Senzo Mchunu attempted to answer during his budget vote on Thursday afternoon.

“The image of public service today is still tainted by a number negative perceptions such as low professionalism, low innovation and productivity, [poor] skills and qualifications, laziness, incompetence and corruption,” said Mchunu.

The minister told parliament that R526m has been allocated jointly to the public service and administration department and the Centre for Public Service Innovation for the 2021/22 financial year.

The departments’ national school of government would be working with a budget of R210m, while the Public Service Commission has been allocated R282m.

During his address, Mchunu did not address the controversial topic of the public sector wage negotiations, saying only: “Currently the government and organised labour in the public service are in negotiations and we hope that parties will find one another.”

No money, and no plan B, for public sector wage increases: Senzo Mchunu

Public service and administration minister Senzo Mchunu on Thursday said they were hopeful negotiations would go well despite the government formally ...
Politics
9 months ago

On Monday, TimesLIVE reported that the government had tabled a revised offer of a 1.5% salary hike and a R978 cash gratuity for a year in a bid to end the stalemate in the negotiations.

This after almost three months of deadlocked talks at the Public Sector Co-ordinating Bargaining Council as the state previously insisted on a 0% salary hike and a wage freeze for the next three years — citing a fiscal cliff.

Labour unions have been demanding a salary increase equal to consumer inflation plus four percentage points. They are also demanding a risk allowance of 12% of basic salary because of the Covid-19 pandemic.

At the time it was understood that the offer states that employees will not receive a pensionable salary increase during 2021, but will have their salaries adjusted by at least 1.5% and will receive a monthly non-pensionable cash gratuity of R978 for 12 months.

Tabling his budget vote, Mchunu said there was a negative perception hovering over public service.

“The other perception that continues to stigmatise the public service is a subculture of sophisticated capture and corruption.”

But, he said, there were a number of interventions that the department was implementing to correct the ills.

The first, he said, was implementation of a single public administration and a single public service. “This will seek to correct and harmonise unnecessary fragmentation between the three spheres of government to ensure smooth service delivery.

Another was the review of the public service space.

“We need a transitional period to a new dispensation, a couple of months, maybe a year or two, where we rationalise the public space, looking at how it is functioning, what is delivering and what are the challenges and then review those.”

Fairness, equity, affordability and transparency will be the principles that guide the review.

“We do not have a bloated public service in SA but we need to address the public wage bill and increase the number of public servants in some sectors like education, health and police.”

On the issue of a government housing scheme, Mchunu said this remains a challenge in relation to the fact that it currently benefits about 300 000 public servants, where it could be benefiting more.

He said the department was correcting this.

On the human resource strategic framework, Mchunu said the department was consulting on the framework and in two months will present it to the cabinet.

On the Public Service Amendment Bill, Mchunu said some of the areas addressed in the augmentation of the functions of the director-general in the presidency included functions envisaged in the National Development Plan for an administrative head of public service.

Mchunu said powers assigned to executive authorities and heads of department and the amendment of section 38 to provide alternative mechanism for departments to lawfully deduct overpaid remunerations from employees’ salary, where such occur.

Another intervention, he said, was via the auditor-general's (A-G's) office.

“Financial misconduct arising from corruption, fraud, fruitless, wasteful and irregular expenditure and theft, need to be addressed and curbed once and for all in SA. To this end, we expect the A-G to assert their position and intensify their actions as the empowered by the Public Audit Act.”

Mchunu said it was unacceptable to continue to have negative actualities characterising the government.

“Over and above this expectation is that all executive authorities, that is ministers, their deputies and MECs, will take responsibility for their audit outcomes and apply the relative consequence management processes because of fruitless, wasteful and irregular expenditure.”

Mchunu said this can no longer be a rhetoric, there have to be consequences.

On the impact of Covid-19 on service delivery, Mchunu said the pandemic taught the government that more work can be done with far fewer staff.