Get your house in order, ANC, or SA will become a failed state: NFP 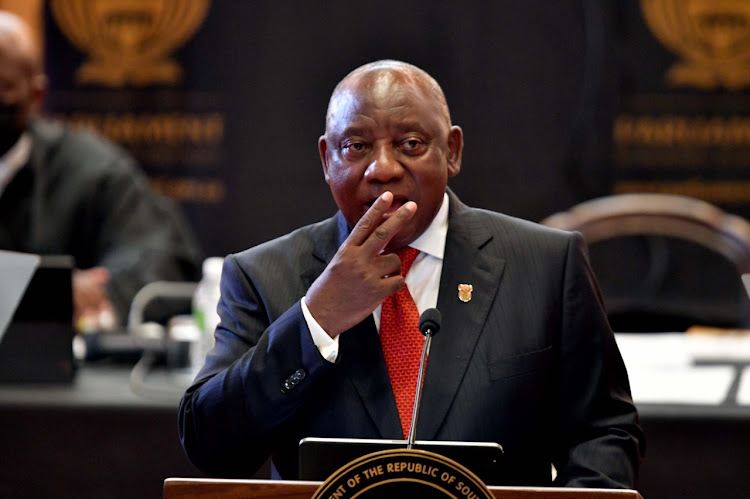 WHAT ARE YOU SMOKING? A NFP MP questioned what President Cyril Ramphosa has been doing to end corruption. File image.
Image: GCIS

The National Freedom Party (NFP) has made an impassioned plea to the ruling ANC to get its house in order to prevent the country becoming a failed state.

NFP MP Shaik Emam made the remarks on Tuesday while responding to President Cyril Ramaphosa’s recent state of the nation address (Sona).

“I think one of the things we need to accept is that SA is in a crisis. We have had state capture, we continue to have state capture, experts are saying we are about to have state collapse and, more importantly, what according to the experts is imminent is a state overthrow or coup,” he said.

To back his claims, he cited the July unrest and looting, the recent burning of parliament and last year’s holding hostage of ministers.

“Let us not underplay or downplay the seriousness of what is happening in the country ,” said Emam.

Shots were fired by a gun-waving ANC member at a branch general meeting at Parkside Hall in Buffalo City Metro's Ward 6 on Sunday as the fight for ...
Politics
3 months ago

He said the issues faced by the ANC internally needed to be attended to urgently. Differences had to be put aside.

“My message, particularly to the ruling party, is this: Whether we like it or not, we need to accept that whatever happens in your party affects all 59-million in this country. My plea to you is to put your differences aside, and put South Africans first. If we don’t do this, SA will be a thing of the past,” he said.

Unlike many opposition parties, including the EFF, which criticised Ramaphosa’s comments about government not being responsible for creating jobs but rather for a conductive environment which enables the private sector to do so, Emam rallied behind the remarks.

“Let us also encourage what the president is saying. I am glad he has said this for the first time in many years.”

Emam questioned what Ramaphosa had been doing to end corruption.

“Corruption continues today unabated, right from local government elections. It is payback time for parties that benefited from the private sector and performed exceptionally well in the elections. What are you doing my president, to close those gaps once and for all?”

“Why would anybody want to invest in a country that is so lawless?”

To solve some issues the country grapples with, Emam said deployment of people into critical positions should be done by independent people and not politicians.