Step-aside resolution is not to purge members – Mabuyane 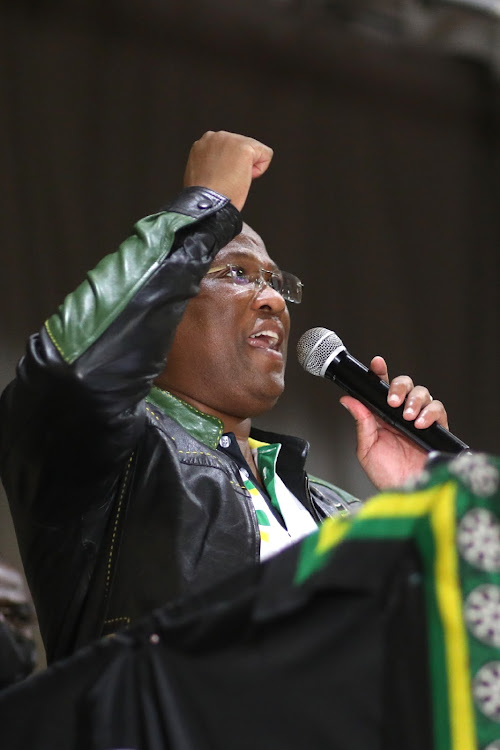 While the ANC's provincial conference is facing yet another court threat, convener Oscar Mabuyane told party members that the step-aside resolution was designed to salvage the integrity of the movement.

Addressing delegates at the provincial conference where he is seeking re-lection, Mabuyane said the step-aside resolution for all those formerly charged with corruption or serious criminal offences should be understood in that context and not purging of members.

"Therefore, those who profess to care about the ANC should not even be contemplating defying its decisions.

"Such conduct is a counter-revolutionary tendency and such persons have clearly not internalised our ideology, organisational theory, and discipline," he said.

While delivering the report, some of Mabuyane's own former PEC members who had been asked to step aside were inside plenary.

Ncitha was arrested with other prominent politicians in the Eastern Cape such as former health MEC Sindiswa Gomba who is also on step aside- were arrested in 2014 amid allegations of fraud and corruption relating to the R10m for the preparations of the Nelson Mandela’s memorial services in December 2013.

Mabuyane told delegates there was a trust deficit between the ANC, government and communities which was evident by the outcome of the local government elections.

If the movement does not dramatically change course, then the revolution will soon be in fundamental crisis

"It is now apparent that as evidenced by the recent local government elections, apathy in voting, quality of membership and leadership of the ANC, poorly performing government, proven corporate capture of the state and the weakening of state institutions, rampant corruption that the ANC is facing an existential crisis.

"If the movement does not dramatically change course, then the revolution will soon be in fundamental crisis," Mabuyane said.

He also told delegates to use the outcome of chief justice Raymond Zondo's state capture inquiry as an opportunity for deep soul-searching.

Mabuyane and his political rival Babalo Madikizela were seen holding hands post his speech. The two, along with Mlibo Qoboshiyane have put on a united front throughout the start of conference.

Meanwhile, an urgent court application was being heard at the East London High Court by Saturday afternoon.

ANC provincial convener Oscar Mabuyane said under his leadership collective the ruling party in the Eastern Cape is much stronger and more coherent.
News
1 month ago

ANC members from Dr WB Rubusana brought the application to try and interdict some branches from the region from participating in the conference.

WB Rubusana Youth League regional member Ondela Sokomani told Sowetan they wanted the court to interdict branches that held branch general meetings between February and March from participating in the conference. A similar court application was brought ahead of the conference this week.