No lack of killer instinct for SA 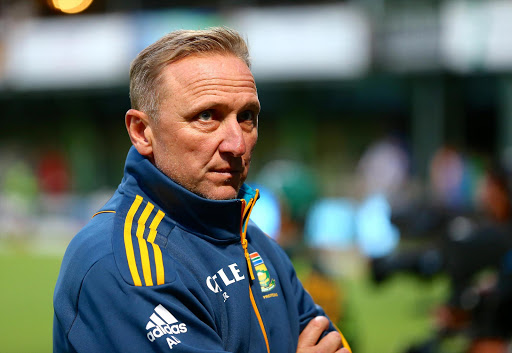 On Sunday, in the fourth of five One-Day International (ODI) matches against the West Indies, the Proteas failed to defend their total after posting 262/8 in their innings.

The Windies managed to fight back after facing early pressure from the SA bowling attack to claim a one-wicket win in the end.

Protecting runs on the scoreboard has been a bone of contention even in the matches where the Proteas claimed victories in their last series ahead of the World Cup which starts next month.

Out of the four matches played, with the final one taking place in Centurion tomorrow, it was only the third in East London, where they bowled first and put the Windies under pressure and dismissed them for a dismal 122 all out, that they looked convincing.

But in the opening two games, the Duckworth and Lewis method conspired to put pressure on the visitors, who batted last in Durban while a first innings total which fell just four runs short of the world record by the Proteas meant the Windies effectively had to gamble with their wickets in their run-chase.

Yet Donald isn’t particularly perturbed: “I’m not worried at all. I know that these guys can play.”

If that’s the case, what happened at St George’s Park?

“I always thought it would be a bit scrappy. I thought we started magnificently. I thought that our intensity in that first nine overs were right on the money,” he explained.

“I thought Morne bowled very quickly and magnificently. Kyle Abbott showed again what a class act he was in filling Dale Steyn and Vernon Philander’s boots. From that perspective, I thought again we blew them down in the first 10 overs… One would have thought we had the job done.”

Donald did admit there were areas the side needed to brush up on – largely consistency through the innings as the team seems to have a good start in the first 10 overs before fading away in the middle and struggling with their bowling at the death, particularly without the likes of Steyn.

“Look, we made a couple of errors in the middle… In a World Cup situation and those big pressure games we simply cannot afford those sort of things. Those are game-changers,” he said.

“White Lightning”, who himself played in four World Cups from 1992 until his retirement at the end of the 2003 World Cup, reiterated there are no reasons to be concerned.

The former SA opening bowler indicated that the team has been sticking to the team’s bowling plans and very little needs changing.

Without revealing any of their tactics for the World Cup, Donald stressed that the Proteas intended on being unpredictable bowling wise.

“We want to be unpredictable. There’s no set plan for who’s going to do it . We need to be that team that mixes it up very well… We need to be smart about that,” said Donald.

This is in contradiction to the team’s new bowling consultant Charl Langeveldt, who was recently quoted as suggesting death bowlers needed more practise in those situations in much the same way batting “finishers” needed to.

Over the past few days, the bowling coach says, the team has been bowling to AB de Villiers in their preparation for tightening the death bowling and also getting advice from the former Protea and World Cup-winning coach Gary Kirsten.