Mthatha muscle man on the move 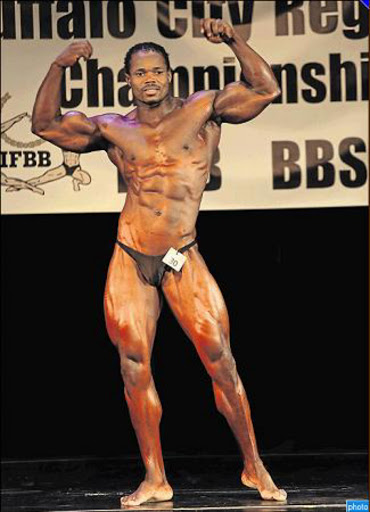 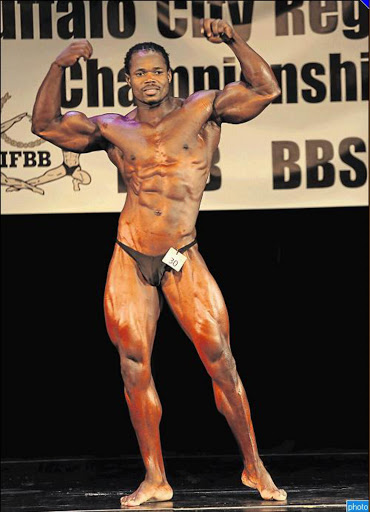 When listening to Andile Marasi wax lyrical about his favourite sport of bodybuilding, it is hard to imagine the youngster only took up the sport two years ago.

Not only has he become one of the top bodybuilders in the city, but his stock has continued to rise across the province as he keeps on raking in accolades left, right and centre.

But were it not for a group of friends who kept on asking him to consider becoming competitive in the sport, the 31-year-old Komani-born lad would not have known about the “art of flexing muscles” to begin with.

Just like any other youngster, he grew up surrounded by soccer players and naturally, followed suit.

At some stage, he even harboured dreams of earning his living as a professional soccer player.

“I played left-back and was good at it. But it was not until 2009 when a female friend told me about very fit guys she used to see on a daily basis carrying bags seemingly coming back from gym,” he said.

One day he decided to follow them and the bodybuilder in him was born.

“I signed up at the Mthatha Health Club and started training. Within a year, my body was so developed that people started accusing me of using supplements.’’

However, Marasi had no clue there was something called a bodybuilding competition. Even when his friends pressured him into entering, he still wouldn’t give in.

And his reason was simple – he felt that partly he was not ready and also partly scared at the same time.

Two years ago, having bulked up considerably, he finally gave it a try and what followed has been stuff that only dreams are made of.

“The first competition I entered, was the O R Tambo Novice BodyBuilding Championships where I was crowned the overall winner.

“Later in the same year, I went for the holy grail of bodybuilding in the city, the O R Tambo BodyBuilding Championships and once again trumped everyone as the overall winner.”

Before the end of the year, he found himself representing the region in the South African BodyBuilding Championships where he finished in the top 10.

But despite this, he decided to take a break from the sport to add more muscle. The reason was because the other guys in the competition were much bulkier.

And so he spent the whole of last year hitting the gym six days a week while also learning more about supplements.

“Fortunately I work in a local pharmacy where I specialise in selling supplements,” he stated.

The athlete was back in the thick of things earlier this month after his self-imposed wilderness and was duly crowned the overall winner of the OR Tambo Championships.

As if that was not enough, he also scooped the light heavyweight division during the IFBB Buffalo City BodyBuilding Championships at the Guild Theatre in East London last weekend.

Next on his list is the SA Champs in KwaZulu-Natal next weekend where he will be hoping for more than just a top-10 finish.

He credits his coach Xolani Mbotya, himself an accomplished bodybuilder in his heyday, for being his inspiration. — sikhon@dispatch.co.za