Owen revved to reach her dream in Norway 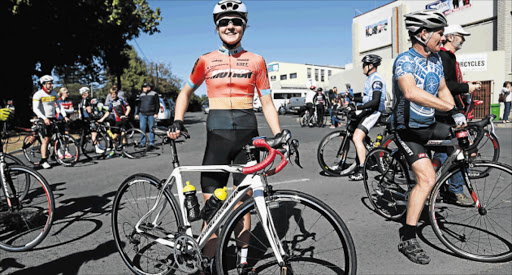 Owen Elne
Exciting young up-and-coming cycling talent Elne Owen is gearing up to take on some of the best in the world when she represents South Africa at the 2017 UCI Road World Championships in Bergen, Norway next month.

Owen, who is in matric at Grens High School, will be competing at a world champs event for the first time.

“It is my first time going to world champs, so I am extremely excited and a lot of hard training lies ahead,” admitted Owen.

“But it is just around the corner in three weeks time, so I am a bit nervous but also really looking forward to it.”

It has been a fantastic year of cycling for Owen, who has enjoyed a number of top finishes in various races, which clearly contributed towards her being selected.

She was the only local rider to finish in the top three of the men's and women's divisions of the Daily Dispatch Cycle Tour on Sunday as she finished third overall.

“I am not entirely sure how I qualified, I just received an email from Cycling South Africa to confirm my participation in the world champs,” explained Owen.

“I think it was because I came third in the South African Champs road race in my U19 age group, so I am sure that contributed to my selection.

She will now turn her focus to the world champs and will hope that a recent stint overseas, where she faced some top cyclists, will help her heading into what is arguably the biggest event of her budding career.

“I went to Europe in June and July for some experience and I raced against some of the girls overseas, which was a great test for me,” said Owen.

I managed to get a few top 20 placings and it was a really amazing experience.

“I have no idea what to expect at the world champs so we will just have to see what happens, but I am really looking forward to it and I just want to enjoy myself.”

With just a few more months left in her matric year, Owen will now be looking towards the future and what will be in store for her from next year on.

“I am looking forward to finishing school now so that I can focus on cycling next year,” admitted Owen.

But first up will be the world champs, taking place from September 17-24 and she will be going all out to impress in the junior women's division.