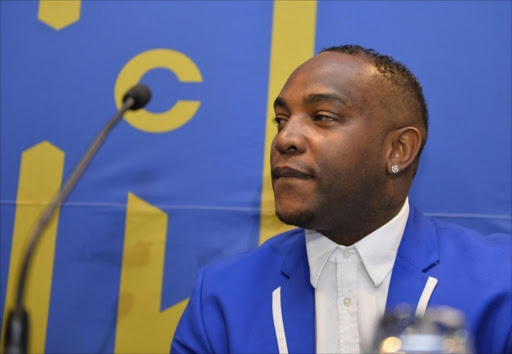 But City’s coach praised Cape Town City chairman John Comitis for his backing‚ and trying to ensure that the Citizens keep their best players for as long as possible.

City’s latest star to have made a big-club swap is winger Aubrey Ngoma‚ to Mamelodi Sundowns early in the January transfer window.

Striker Lehlohonolo Majoro has also been poached by Bidvest Wits.

Those losses followed the loss of the other attacking star credited as influential in City’s third-placed finish under McCarthy’s predecessor‚ Eric Tinkler‚ last season – Lebogang Manyama‚ to Turkish outfit Konyaspor in late August.

“It sucks getting used to that when you know you’ve got something and then in the blink of an eye it can just be gone‚” straight-talking McCarthy said.

“But you know what‚ we are an exceptionally hard-working team. We’ve got a very good chairman who always wants to do the best for the club.

“He wants to try and keep his best players at the club as much as possible.

“But sometimes I think‚ you know‚ when there are massive differences of money involved sometimes you really can’t sway players about earning R50 here and being able to earn R5 000 somewhere else.

“When you’re competing with that then it becomes quite tough. But I think most of the time I am exceptionally happy.

“Because I think I’ve got a great bunch of players who want to grow‚ and learn with me at Cape Town City.

“The majority seem to be very happy‚ and seem to be very content to not earn the big bucks yet‚ but to grow in stature and making names for themselves while helping City to also become a recognised force in the league.

“Rubbing shoulders and competing against the best for major honours.

“So that’s good that I have got players who have those kinds of ambitions. But I’m sure that as time goes by and they get better and better‚ the more difficult it will be to keep hold of them.

“Because already rumours have it a few of my players are on the radars of big clubs. And‚ ja‚ what can you do?

“You just continue and feel proud that they do work hard and do put in the work‚ and keep on getting better. That’s why the big clubs are sniffing around – so it’s part of the game.”

City’s influential central defender Robyn Johannes will also be lost to the club at the end of the season having signed a pre-contract with Bidvest Wits.

Yet McCarthy has impressively managed the player losses‚ and City are in third place this season as they meet Ajax Cape Town in the Mother City derby at Cape Town Stadium on Saturday.