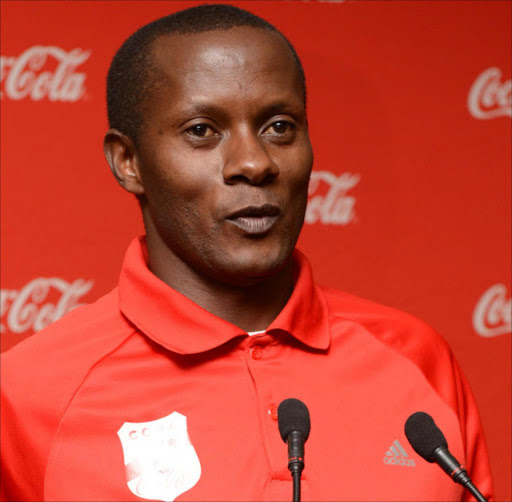 Helman Mkhalele Picture: GALLO IMAGES
Former Bafana Bafana and Orlando Pirates winger Helman Mkhalele has been roped into the squad for the Cosafa Cup to gain experience with the senior team coaching staff.

Mkhalele‚ who has been serving as the South Africa Under-20 assistant-coach to Thabo Senong‚ will join Bafana in Polokwane for a period‚ national team coach Stuart Baxter said on the team’s departure on Saturday morning.

SA U-17 coach Molefi Ntseki will be Baxter’s assistant‚ as Senong – also normally Baxter’s No.2 – is on a course.

Baxter said the idea behind Mkhalele being roped in was similar to the idea he had to take Pirates’ assistant Rhulani Mokwena to a four nations tournament in Zambia‚ won by South Africa in March‚ but which fell through because the club declined.

“In the last camp we were going to invite Rhulani in. Because one of the things we wanted to implement going forward was that a young‚ up-and-coming coach would be invited to attend the camp‚” Baxter said.

“Not so much to be an assistant-coach‚ but to attend the camp for his own development and as an encouragement and reward for doing well.

“For varying reasons it went a bit late and we couldn’t get Rhulani on.

“And we said‚ ‘What about this tournament?’ And we said‚ ‘Let’s look within the organisation‚ and we’ll take Helman’.

“Helman is going to be up there doing some scouting for the ABC Motsepe League. But we’re going to bring him on camp‚ and he’s going to be there for four days.

“And yes‚ this could be a thing for the future. If someone comes in and does everything right I’m sure the association will make a not of it.

“But in the first-hand it’s about rewarding people and empowering them and helping with their development.

“Helman has a reputation as a good professional‚ and I’ll be asking him‚ because this is a young squad‚ to put his arm around some of those players and help them along.”

Baxter will have a week to prepare with an exciting young squad for Bafana’s kick-off in their quarterfinal against the winners of Group A on Sunday‚ June 3.

The Cosafa Cup kicks off this Sunday with the Group matches between Comoros and Seychelles‚ and Madagascar against Mozambique‚ both at Old Peter Mokaba Stadium.