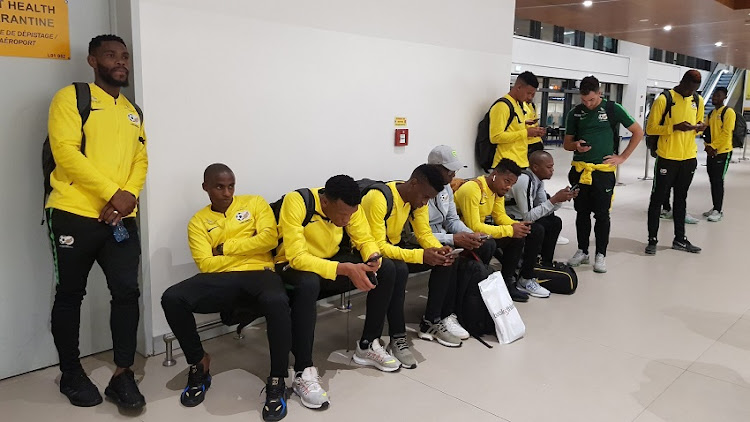 Bafana Bafana face a tricky conundrum as they have to find a way past rivals Ghana in a crunch match in the Gold Coast on Thursday night and then try to figure out how to return home to South Africa on Friday morning.

Coach Molefi Ntseki’s charges have their backs against the wall as after playing against Ghana in the opening 2021 Africa Cup of Nations qualifier on Thursday night‚ they have to rush back to Johannesburg in time to host Sudan in another qualifier to be played at Orlando Stadium on Sunday afternoon.

But their trip back to SA is clouded in uncertainty as SA Airways (SAA) has cancelled nearly all its domestic‚ regional and international flights scheduled for Friday and Saturday as the embattled airline faces the “mother of all strikes” by unions.

This comes after the National Union of Metalworkers of SA and the SA Cabin Crew Association announced that they would ground all planes on Friday.

This was in response to the cash-strapped airline saying that more than 900 staff could be affected by restructuring as unions demanded a wage increase.

'This situation is hopeless': Mzansi weighs in on SAA mess

Acting South African Football Association (Safa) chief executive officer Gay Mokoena told TimesLIVE they are crossing their fingers that Bafana will be able to return back to SA in time to face the Sudanese.

“We are closely watching the developments at SAA and we are in communication with them regarding the strike on Friday.

“What we understand is that the strike may not have an impact on incoming flights to South Africa‚” said Mokoena.

The acting Safa CEO said they have developed a contingency plan in case the national carrier is unable to fly from Ghana on Friday.

“As part of Plan B‚ we may have to look at Ethiopian Airlines because they have a flight coming to South Africa on Friday‚” said Mokoena.

But should Bafana use Ethiopian Airlines‚ there is a possibility of friction between Safa and SAA as the two parties have a five-year partnership. The sponsorship agreement is in its third year and secures SAA as the official airline for Bafana and other SA national teams.

Mokoena was not in a position to give the exact details of Bafana’s return flight on Friday but it is believed that the team will be on SA210‚ which will leave Accra at 09:35 and arrive in Johannesburg on 17:25.

An SAA statement issued on Wednesday said some regional flights will not be affected by the strike‚ including SA210 from Accra.

SAA confirmed that other regional flights will also operate as normal on Friday morning‚ including SA147 from Maputo‚ SA067 from Lusaka‚ SA025 from Harare and SA073 from Windhoek.

Confounding matters is that Sudan‚ who beat São Tomé and Príncipe 4-0 at home to go top of Group C on Wednesday‚ could also be affected by the strike if they arrive in the country on Friday.

Safa had not confirmed Sudan’s expected time of arrival when this story was published on Thursday afternoon.

“The airline will assess the situation on an ongoing basis and customers will be kept informed of all operational developments on a daily basis‚” said SAA spokesperson Tlali Tlali in the SAA statement.

Tlali further stated that during the negotiations with the unions‚ SAA presented a revised offer for employees delivering a 5.9% increase subject to the availability of funds from lenders.

NUMSA and SACCA are demanding an 8% increase while National Transport Movement (NTM) has not stated whether their members will embark on a strike or not.