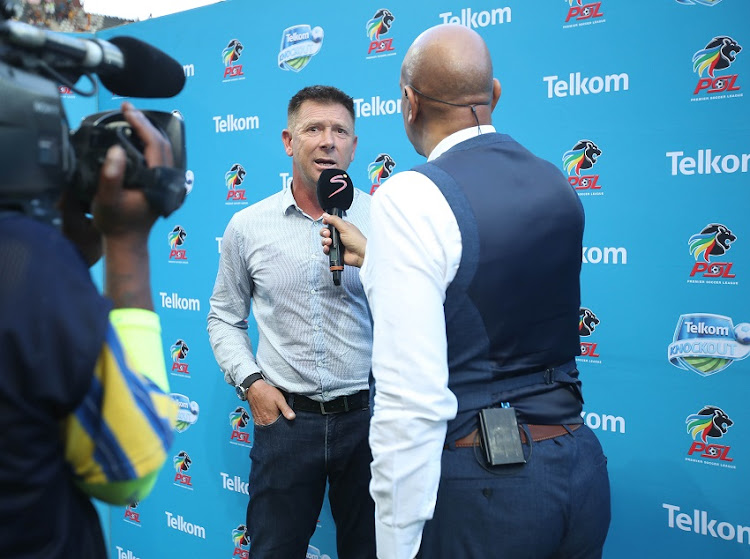 There were many heroes on the pitch for Maritzburg United in their 2-1 Telkom Knockout semifinal victory over Kaizer Chiefs at the Mbombela Stadium‚ but coach Eric Tinkler says he was hugely impressed by centre-back Rushine de Reuck.

The 23-year-old was once a teenage prodigy whose career failed to lift off‚ but Tinkler believes he is now one of the best defenders in the Premier Soccer League and says he handled the twin Chiefs threats of Samir Nurkovic and Leonardo Castro superbly.

The coach was expecting the direct‚ long-call style from AmaKhosi‚ but says he had the perfect player to counter it.

"Nurkovic likes to come wide and head the ball back into the channel‚” Tinkler said.

“But Rushine is one of the best young centre-backs in the country right now‚ by a long shot. I have my own opinion on whether he should or should not be in the national team.”

Mamelodi Sundowns coach Pitso Mosimane says he’s no psychologist and does not have answers on how to deal with temperamental playmaker Gaston Sirino.
Sport
2 years ago

De Reuck was part of the same ASD Academy that produced the likes of Ayanda Patosi and Ebrahim Seedat‚ and moved to Portuguese sides FC Porto and Paços de Ferreira in 2014 where he hoped for a long career in Europe.

But after a season of struggle with homesickness‚ he returned to South Africa to join National First Division side Milano United‚ before being snapped up by Maritzburg two seasons later.

De Reuck has started every game for the KwaZulu-Natal club this season in league and cup and will line-up again when they host SuperSport United on Wednesday.

Tinkler says they must quickly switch focus to preserve an eight-game unbeaten run.

“There are a lot of tired legs‚ but now we have a massive game coming up on Wednesday against SuperSport‚” he said.