Jacques Kallis makes a return to the Proteas 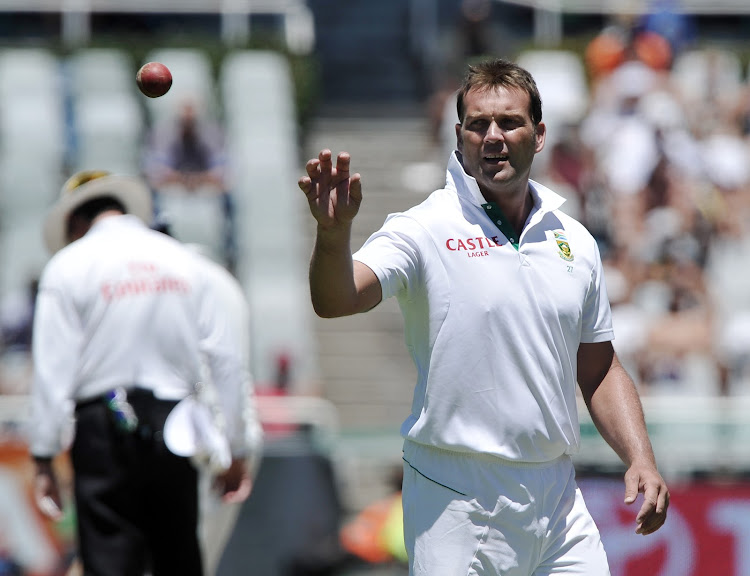 Jacques Kallis with the ball in his hand during a Test match for the Proteas.
Image: Ryan Wilkisky/BackpagePix

The Proteas coaching management unit has been finalised ahead of the first Test against England in Centurion next week with the appointment of former all-rounder Jacques Kallis as the team’s batting consultant for the duration of the summer.

Charl Langeveldt on Tuesday resigned as Bangladesh bowling coach and a Cricket South Africa (CSA) spokesperson confirmed that the former paceman has accepted an offer as bowling consultant for the England series.

Kallis – who made his Test debut at the age of 20 and scored 13‚174 Test runs‚ taking 292 wickets and 199 catches – was travelling on Wednesday to Tshwane to join up with the team.

“He will join the squad for their camp starting in Pretoria today [Wednesday]‚” CSA said in a statement.

Kallis’s appointment completes the team’s coaching management unit headed by Mark Boucher as the team director (head coach)‚ who will be assisted by Enoch Nkwe.

"Baby you light my fire" could become shorthand for cricketer Jacques Kallis and bride Charlene Engels, after their weekend wedding was able to go ...
Lifestyle
3 years ago

Volvo Masubelele takes up the role as team manager and Tumi Masekela as fitness coach while Craig Govender continues as the team’s physio.

Prasanna Agoram will be the performance analyst while Sipokazi Sokanyile and Zunaid Wadee will be media manager and security manager respectively.

The first Test starts at SuperSport Park in Centurion on Boxing Day with South Africa aiming to arrest a run of five consecutive defeats this year.

The Proteas lost a home series 2-0 to Sri Lanka in February before their horrendous 3-0 defeat in India that included two losses by an innings.

The team cast its net far and wide this week with the announcement of a 17-man squad that included six uncapped players.

The two rivalries will be at each other’s throats for nearly nine weeks‚ in a series containing four Test matches‚ three ODIs and three T20Is.

Kallis‚ with his combined 519 international matches for South Africa‚ scoring 25‚534 runs and taking 577 wickets‚ will bring valuable experience to a batting line-up that has not inspired much of a confidence.

Considered one of the best ever all-rounders to have played the game‚ Kallis retired from all forms of international cricket in 2014.

He will be presented to the media for the first time on Friday at the Proteas’ open session.