Kaunda Ntunja's partner: 'I carry your heart with me' 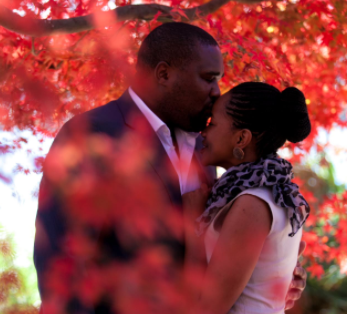 “Many knew Kaunda Ntunja the man, but I was granted the privilege of knowing you as Kaunda, my soul mate, for the past 10 years.”

That's the heartbreaking message rugby commentator Kaunda Ntjuna's partner posted on Twitter one day after he died. Ntunja, known for his poetic use of isiXhosa while commentating, has been hailed for uniting his love of rugby and isiXhosa on one platform.

His sister confirmed he died in East London on Monday.

His death has rocked the sports world, with tributes pouring in for the much-loved commentator.

It was the tribute from his partner, Aviwe, that really struck a chord.

"I carry your heart with me my love". Thank you for loving us unconditionally. Many knew @kaundantunja the man, but I was granted the privilege of knowing you as Kaunda, my soulmate, for the last 10 years. Rest my angel, you have left your mark in the hearts and minds of many. pic.twitter.com/Re6QeFaQfY

Her post was filled with comments from people expressing their pain at the loss.

“Condolences to you and your family, Aviwe. Thank you for allowing the world to share your soul mate, and in so doing allow your soul mate to leave his mark in our hearts and minds,” wrote former Springbok Bryan Habana.

“I am so sorry for your loss. My deepest condolences. May you find comfort in the fact that Kaunda was loved by so many and will be immortalised by his words, which he used so well,” said sports journalist Ken Borland.

“Condolences, my dear, to you and your family. We have lost a legend passionate about transformation in rugby and commentator in isiXhosa who made it worth listening to and watching. Akuhlanga lungehlanga. Qina Sis' wam,” said DJ Lugaz.

The family of much loved South African rugby commentator Kaunda Ntunja has confirmed that he has died at the age of 38.
Sport
2 years ago