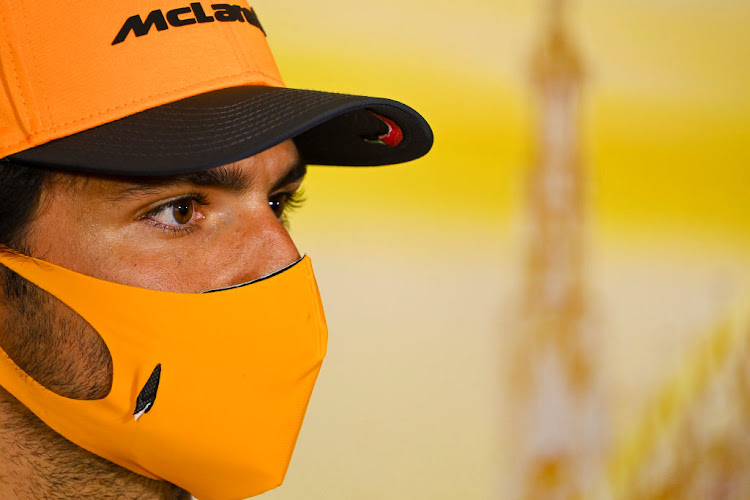 Carlos Sainz of Spain and McLaren F1 talks to the media on Thursday ahead of the F1 Grand Prix of Italy at Autodromo di Monza on Sunday.
Image: Mark Sutton/Pool via Getty Images

Spanish driver Carlos Sainz said on Thursday he had no qualms about moving from McLaren to Ferrari next year, despite the Italian team's struggles this season.

Formula One managing director Ross Brawn wrote in a column this week that the 26-year-old "must be nervous about his prospects" after Ferrari's dismal showing in Belgium last weekend.

Sainz, who will be replacing four-time world champion Sebastian Vettel at Maranello, told reporters in a video news conference at Ferrari's home Italian Grand Prix that given the option, he would sign up 100 times over.

"I’m very comfortable with the decision I’ve taken," he emphasised. "I’m 100% confident in Ferrari’s people and in what they can do for the future.

Lewis Hamilton stormed to a dominant pole position in qualifying for the Belgian Grand Prix on Saturday ahead of team mate Valtteri Bottas who ...
Sport
8 months ago

"Let’s just remember that last year they were capable of doing seven pole positions, so it’s a team that I think knows how to produce very good cars."

Sainz said what made him nervous was to lose 30 points in races for no fault of his own, with the Spaniard unable to start in Belgium due to a power unit problem.

He is 22 points behind British teammate Lando Norris after seven races, but still two places ahead of Vettel in the standings.

"I'm fully confident. I'm ready to go for Ferrari next season and I cannot be more excited," said the Spaniard.

"I think going to Ferrari is such a unique experience and such a special place for a Formula One driver that I don’t think there's ever going to be a bad time where you say, 'I do not want to go to Ferrari'."