Sundowns coach Mosimane not happy with Dobsonville Stadium pitch: 'we can’t even pass the ball' 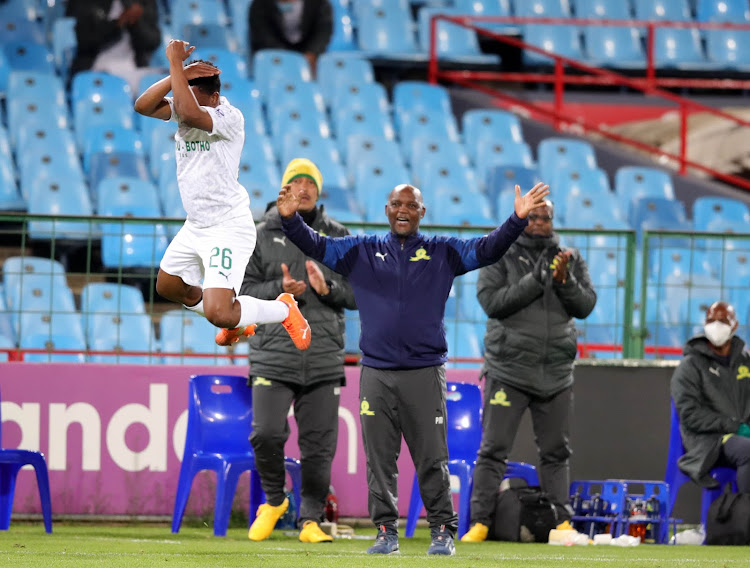 Pitso Mosimane has said the Dobsonville Stadium should be closed after the end of the season.
Image: Samuel Shivambu/BackpagePix

The state of the pitch at Dobsonville Stadium has irked outspoken Mamelodi Sundowns coach Pitso Mosimane so much that he has called for the Soweto venue to be closed at the end of the season.

The venue was allocated to Sundowns in August when each of the 16 Absa Premiership clubs were given new ‘homes’ in the bio-bubble and their record there has left Mosimane seething after draws against Highlands Parks and Orlando Pirates‚ a defeat to Baroka FC and a win against Lamontville Golden Arrows.

Mosimane did not mince his words and said the pitch has no business hosting topflight matches.

“The pitch at Dobsonville must be closed after the season‚” said Mosimane.

“I don’t know where [recently promoted] Swallows FC are going to play [next season]‚ but that pitch is not the right pitch because it is not improving and it has a heavy load on it.

[It’s getting worse and we can’t even pass the ball.]

'If you don’t want to be criticised‚ don’t be a coach': Pitso Mosimane as pressure mounts

As pressure mounts on Mamelodi Sundowns in their attempt to defend the league title and shrug off a challenge from long-time leaders Kaizer Chiefs‚ ...
Sport
1 year ago

Sundowns return to their unwanted adopted home for the all-important and final match of the season against Black Leopards on Saturday and Mosimane is dreading the trip.

The Sundowns coach was at least happy on Wednesday night after his charges beat almost relegated Polokwane City 3-0 at their usual home ground at Loftus in Pretoria.

He conceded that he was happy to be back at familiar Loftus.

“Here at Loftus‚ the pitch helps and you can also say the familiar territory helped the players because Themba Zwane and them know where to be in the spaces and everything is familiar.

"It was good to score three goals against City but we deserved more to be honest.”

Pitso Mosimane on the title race: ‘This thing still has a heartbeat and you will never know what’s going to happen’

Football in the bio-bubble has been a massive challenge on the players and many coaches have struggled to field consistent lineups since the game ...
Sport
1 year ago

Mosimane was happy with his team's performance against City as the victory has ensured that the league title will be decided on the final day of the season.

“I am unhappy with not scoring more goals but we feel better because we played much better.

"We played the way we always play‚ I moved the shape back to 4-4-2 and brought everything that we always do here and it is familiar with the guys.

"Mentally‚ it does do the trick but you can never be unhappy in life about everything.”

Second-placed Sundowns are level on points with leaders Kaizer Chiefs and should both teams win their respective matches on Saturday‚ the race could be decided on goal difference.

Sundowns will need at least a 4-0 victory over third-last Black Leopards (if Chiefs win 1-0 against Baroka FC to go past Amakhosi on goal difference and defend their title.