Tost optimistic Gasly will stay at AlphaTauri after Monza win 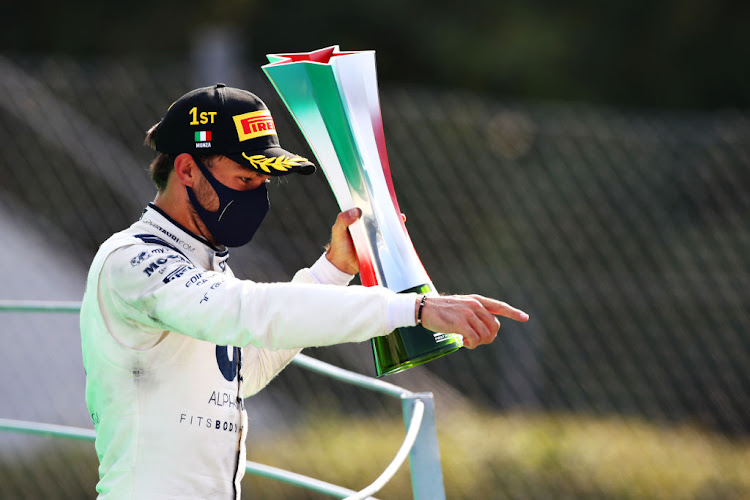 Race winner Pierre Gasly of France and Scuderia AlphaTauri celebrates on the podium during the F1 Grand Prix of Italy at Autodromo di Monza on September 6 2020 in Monza.
Image: Mark Thompson/Getty Images

AlphaTauri boss Franz Tost expects Pierre Gasly to stay with his team, for the time being at least, despite the Frenchman raising his stock with owners Red Bull after a surprise Italian Grand Prix victory at Monza on Sunday.

The 24-year-old has responded strongly since he was demoted from the main Red Bull team last year to what was Toro Rosso, the feeder outfit, in a swap with British-born Thai driver Alexander Albon.

Gasly had a difficult time at Red Bull alongside Max Verstappen, the team's clear number one, and Albon has not found it much easier.

With the Thai so far scoring only 48 points to Verstappen's 110, and Gasly providing all but four of his team's 47, there has been speculation that Red Bull could switch them around again.

Williams family to leave F1 for good after Italian GP

Tost indicated to Sky F1 television that was not something he was overly concerned about.

“If we lose him, that means the team did a good job, because otherwise they wouldn’t take him,” said the Austrian.

“Currently I’m quite optimistic he will stay with us.”

Gasly feels at home at AlphaTauri but said he would be ready to move back up if asked - although it was not something he wanted to contemplate in the joy of victory.

“I think I’m ready but ... it’s not up to me to make that call,” he told reporters in a video conference.

“The only thing I’ve done since they moved me back to Toro Rosso has been just to focus on myself and just show what I can do.

The only other driver to win for the team was Sebastian Vettel, also at Monza in 2008. The German, now at Ferrari, then moved to Red Bull and won four world championships.