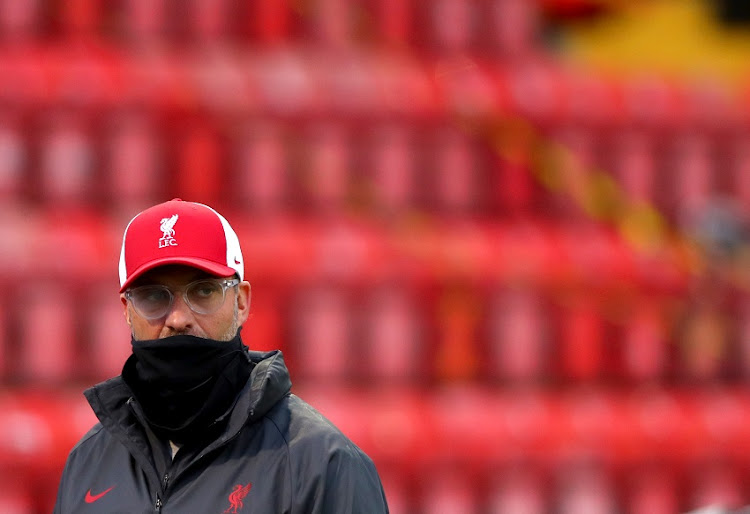 The English Football League (EFL) oversees the three tiers below the Premier League – the Championship, League One and League Two – and clubs in these divisions largely rely on matchday revenue to operate.

The British government this week postponed plans to allow a limited number of fans back into stadiums from October after a second wave of Covid-19 infections and the move is expected to have a massive impact.

“In general people in a better position should help people in a less good position, 100%," Klopp told a news conference ahead of Monday's league clash against Arsenal.

“I don't understand the structure 100% – in Germany you have Bundesliga and Bundesliga 2, so they have to share the problems so that makes things slightly easier.

“There isn't a general answer... the position in this moment for all clubs isn't really easy. I don't know how the government finds time to think about that, but I get it... football should try to help themselves, ourselves.”

Chelsea boss Frank Lampard had said starting his career at the bottom of the soccer pyramid had helped him understand the challenges they face.

Liverpool manager Jurgen Klopp said he had loved the season-opening entertainment provided by the champions in their 4-3 win over Leeds United on ...
Sport
7 months ago

Sheffield United manager Chris Wilder said he had sympathy for the struggling teams.

“From a business point of view they've taken huge hits and hopefully everybody will come through it, but there has to be a concern about what's going off at the moment,” Wilder said.

“Nobody wants any club to go by the wayside... If anything can be done by the Premier League and they make a decision collectively... to help, then we would.”