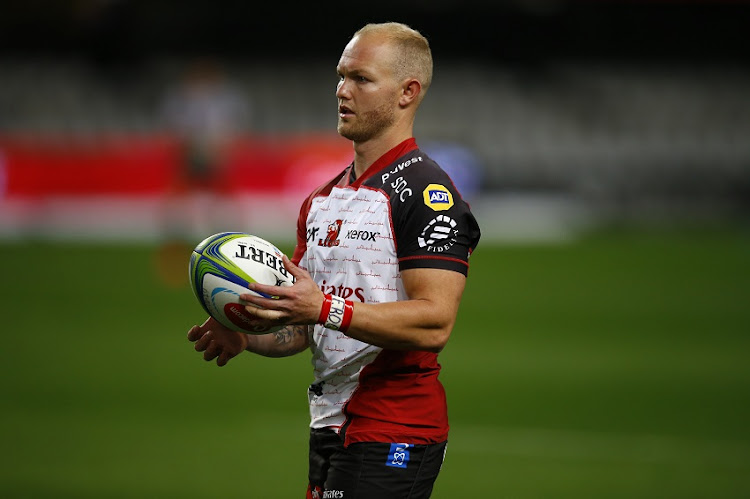 He had been the form scrumhalf for the Lions at the reboot of the season but now Dillon Smit faces an estimated four to six months on the sidelines.

Smit suffered a shoulder dislocation in the Lions' opening Super Rugby Unlocked match against the Sharks in Durban last Friday. He was due to go under the knife on Tuesday and a more accurate prognosis can only be made post op.

Smit‚ who had been the back-up scrumhalf in the Lions squad for the last few seasons‚ had delivered some sharp performances from behind the pack of late and his injury will come as a huge blow.

The severity of his injury in the wake of defeat to the Sharks will come as a double whammy.

While lamenting the defeat against the Sharks‚ Lions coach Ivan van Rooyen was satisfied with the team's effort.

Sharks escape with gritty win against the Lions

The Lions displayed character and played their way back into the contest in the second half‚ much in the way they did against the Stormers two weeks prior in the Super Fan Day at Loftus.

They meet the Stormers again on Saturday but this time at Newlands.

The Stormers had a bye last week which was perhaps a little untimely‚ while the Lions‚ despite their defeat had made improvements in their game.

A consecutive away defeat will put them on the back foot and will heap more pressure on them to at least win all their home games beyond this Saturday's game.

The Stormers are expecting a far fiercer onslaught this weekend.

“Having come off two losses it will be a whole different Lions team we will be up against‚” said Stormers centre Dan du Plessis.

“They are going to come with a totally different attitude. I think it is going to be a much tougher game. We had a bye so we were able to have a good look at them. That will help us a lot‚” said Du Plessis.

How effective will the Lions lung-busting style be against South African opponents?

The high tempo game that helped propel the Lions to three consecutive Super Rugby finals won't necessarily be fitted with brakes when they ...
Sport
1 year ago

The Stormers will have flank Jaco Coetzee and wing Sergeal Petersen available for selection this weekend.

They will‚ however‚ still be without star flank Pieter-Steph du Toit‚ while backliners Ruhan Nel and Seabelo Senatla are also out of Saturday's clash against the Lions.

Stormers assistant coach Dawie Snyman said the Du Toit “has a bit to go”‚ before being being restored to full fitness.