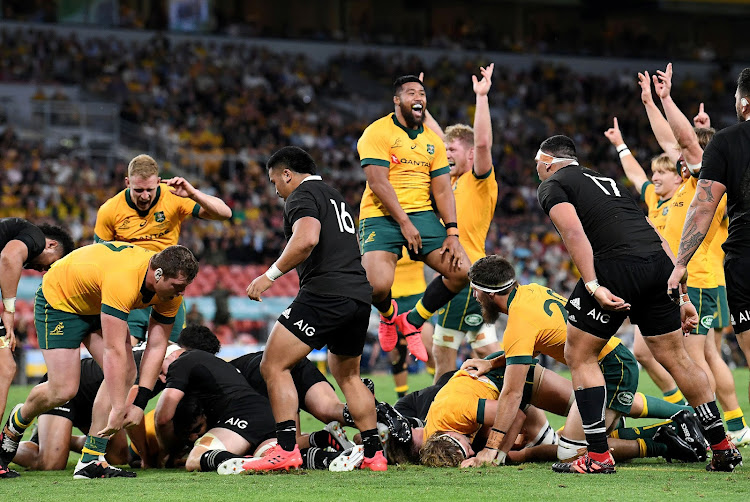 All Blacks coach Ian Foster has urged his team to play “smarter”, claiming they were “provoked” into losing their discipline by a niggly Wallabies side during the tight loss in Brisbane.

Foster tasted a bitter first defeat as head coach of the All Blacks after his reshuffled side fell 24-22 in Saturday's fiery cliffhanger at Lang Park, which featured two red cards and two yellow.

The All Blacks were punished severely for indiscipline in the second half, with Wallabies flyhalf Reece Hodge slotting three penalties and prop Taniela Tupou scoring the decisive try while Scott Barrett was sin-binned for drawing yellow in the 68th minute.

SA Rugby chief executive officer Jurie Roux says the recent changes to South Africa’s domestic program will not affect their participation in the ...
Sport
11 months ago

“In the second half we weren't as disciplined as we needed to be,” Foster told reporters on Sunday. We were being pushed in the areas and provoked in the areas, and again that's a tactic that teams use against us, and good on them.

The red cards that hit both teams for head-high tackles at Lang Park drew heated debate, with former All Blacks great John Kirwan saying the whole red card system should be scrapped because it punishes teams too severely and can end up killing off a contest.

“I get that argument to one extent,” said Foster. “But the flipside of it is it's a very physical game, and if we don't have clear boundaries, it becomes really hard for everyone to play the skilful game they need to.”

Bruised Wallabies look for pride at Lang Park against All Blacks

With confidence rocked, credibility shot and injuries piling up, the Wallabies head to Brisbane for the second Tri-Nations clash on Saturday with few ...
Sport
11 months ago

The All Blacks have notched two wins, a loss and a draw against the Wallabies in Foster's first four matches in charge, and wrapped up the four-test Bledisloe Cup with a match to spare after humiliating Australia 43-5 in Sydney a week ago.

They continue their bid for the Tri-Nations silverware against Argentina in Sydney on Saturday.