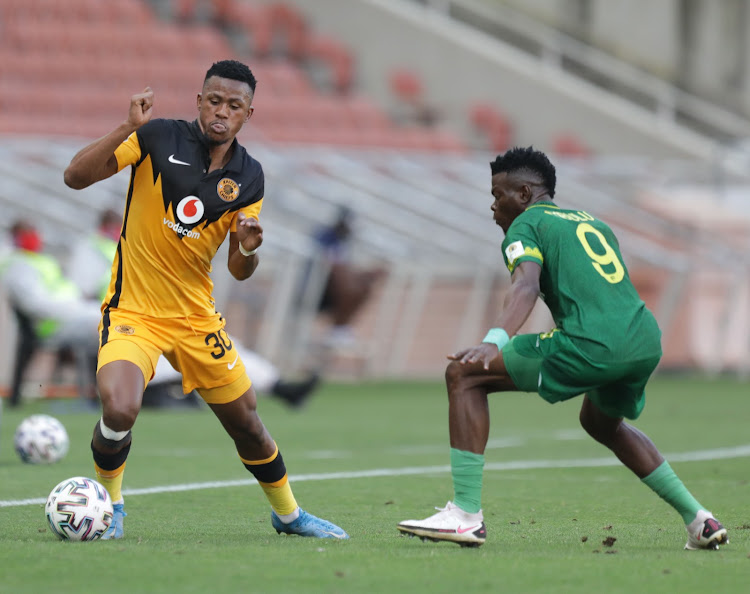 Kaizer Chiefs missed a chance to move to eighth place on the DStv Premiership when they allowed Baroka FC to come back and hold them to third successive 1-1 draw.

In a match played at Peter Mokaba Stadium in Polokwane on Thursday afternoon‚ Chiefs had taken the lead in the 58th minute via Lebogang Manyama.

Poor defending by the Amakhosi defence saw Evidence Makgopa scoring his sixth league goal of the season in the 81st minute.

Makgopa’s strike helped Bakgaga avoid defeat yet again against a team they stopped from winning the league title on the last day of last season when they held it to another 1-1 draw.

In 10 league matches these sides have played six draws‚ which includes Thursday’s result.

Victory would have moved Amakhosi from 11th to the eighth on the table but Gavin Hunt’s team have a lot to do as the point kept them in ninth spot and just a point ahead of Baroka.

Manyama had looked to give Chiefs the full spoils when he rounded Oscarine Masuleke to break the deadlock in the 58th minute. But Makgopa‚ who had been named in the SA Under 23 40-man preliminary squad early on Thursday‚ celebrated that gesture with a striker’s goal when he connected a Joslin Kamatuka cross.

Manyama’s goal was a result of a swift build-up that involved Njabulo Blom‚ Nkosingiphile Ngcobo and Khama Billiat‚ who provided a superb assist to help Manyama score his fourth league goal of the season to join Leonardo Castro and Ngcobo as Chiefs’ top scorers in the league this season.

There was absolutely nothing to report on this game in the first half as both sides failed to take a shot on target‚ with most of both teams’ play being constantly overshadowed by the lack of good passes in the final third.

But there was no stopping Manyama scoring Chiefs’ goal as he did well to round Masuluke and tap into an empty net after getting a pass from Billiat.

Chiefs will hope to get full points when they host Cape Town City on Wednesday while Baroka go to Maritzburg United next Friday.