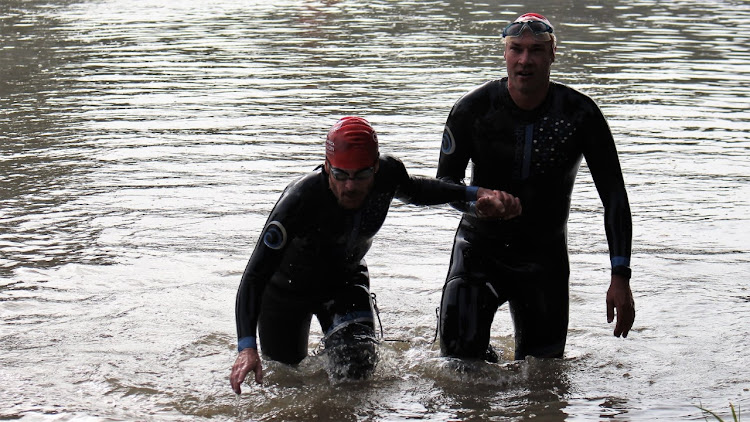 Tim Stones, left, with his guide, Andrew Liddle, exit the water after the swim leg of the South African Para Triathlon national championships, held in Maselspoort, Free State, on April 2021. Stones and Liddle have been selected to represent South Africa at the Para All Africa Triathlon Championships, in Sharm el Sheikh, Egypt, from 11-13 June 2021.
Image: SUPPLIED

Hours of dedicated training and sacrifice is paying dividends for East London's Tim Stones and his guide, Andrew Liddle, who have been selected to represent South Africa at the Para All Africa Triathlon Championships, set for Sharm el Sheikh, Egypt, from 11-13 June.

This follows a hard-earned silver medal which Stones and Liddle achieved at the recent South African para triathlon national championships, held in Maselspoort in March.

Stones, a senior sub editor employed with the Daily Dispatch, and Liddle are no strangers to top level competition, having earlier this year been selected, for the second consecutive year, for the SA Para Cycling team, that will compete at the UCI Para world cup and world champs in May and June respectively.

However, due to the prohibitive costs of the cycling champs — Stones and Liddle would have to pay over R100,000 out of their own pockets in order to compete — the duo have opted to chase an African medal in triathlon, where the total costs to compete are in the region of R50,000. 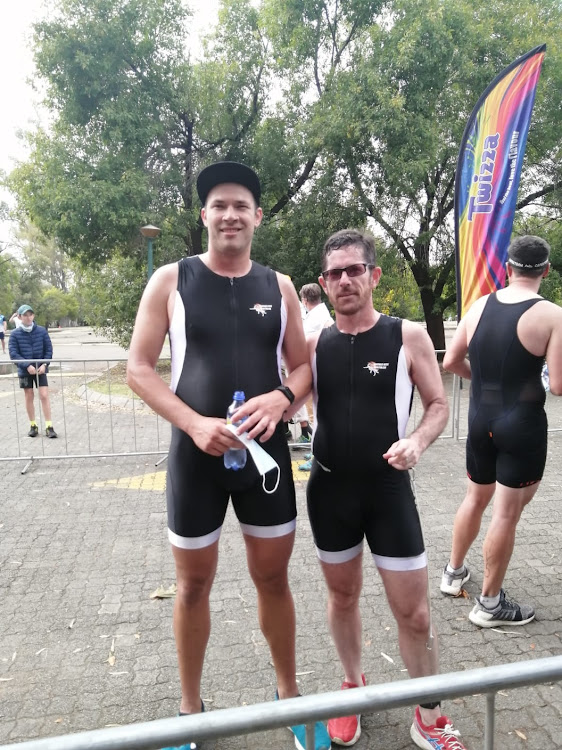 Stones, who is Deafblind — profoundly deaf and legally blind — competes in para sport as a partially sighted athlete. He previously competed at the world deaf athletics championships and the Deaf Olympics (in the marathon), and has also earned his Protea colours as President and team manager of the South African Deaf Rugby Union.

Stones and Liddle have so far managed to raise R20,000 towards the costs of the Africa champs, but the duo still require another R30,000 to cover their associated expenses.

A backabuddy fundraising page has been set up, where donations can be made to help Stones and Liddle to realise their dream of competing at the Africa champs.

“Andrew and I are most grateful to those who have supported us in our journey as we chase our African dream. To compete at the Para All Africa champs is vitally important, as in doing so I will earn world ranking points that keep the door open for potential selection to next year's Commonwealth Games, and will get us off the starting blocks as we chase Paris 2024,” said Stones.

Let's get Tim to the Para All Africa Champs in June :: Champion Page...
Next Article