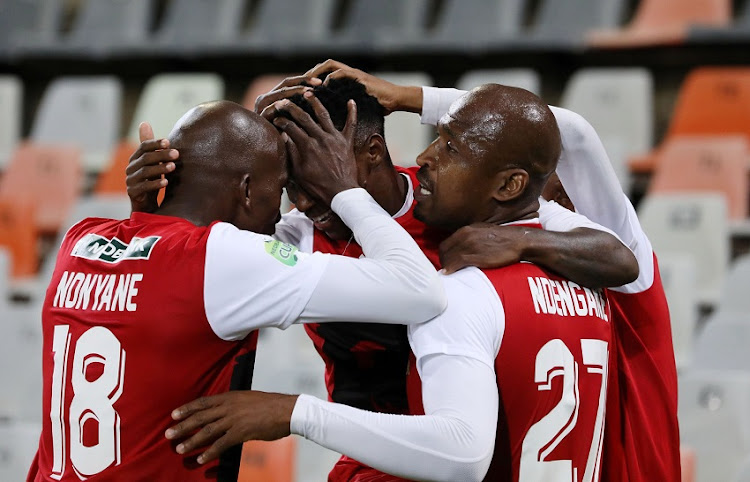 Tshakhuma Tsha Madzivhandila (TTM) will not exist by that name past the 2020-21 season, but before that title disappears the Limpopo side have lifted a trophy.

TTM’s new owner, Abram Sello, who took over midseason from Lawrence Mulaudzi, who bought Bidvest Wits, has said he will rename the side next campaign. But the fascinating story of TTM in 2020-21 — still to incorporate a league relegation battle — added another chapter on Saturday.

Exciting 25-year-old midfield attacker Ndlondlo’s quick feet, work-rate in his running and intelligent linking might see him mentioned in the player of the tournament awards.

Tshakhuma Tsha Madzivhandila (TTM) coach Dylan Kerr says he is going to have a migraine trying to select the team for the Nedbank Cup final against ...
Sport
1 year ago

TTM coach Dylan Kerr interchanged Ndlondlo with schemer Celimpilo Ngema from the midfield role where he impressed greatly in Tuesday’s 2-1 league win against Kaizer Chiefs, to playing behind striker Lerato Lamola. Apart from the opener, Ndlondlo was the influential cog in Tshakuma’s attack again.

Both sides were playing in their first cup final.

Vladislav Heric’s Chippa were organised, and their desire to put in the effort was evident. They lacked the ingenuity, gameplan and confidence on the ball of Tshakuma, who were as motivated, but more composed.

The opening half was played at a tremendous pace, with especially keyed-up TTM coming out with a better purpose.

The opening 20 minutes were fast, but cagey. But Tshakuma’s industriousness, Thabo Mnyamane on the right and Ndlondlo in the middle particularly making the running, paid off with an opener.

Chippa’s big Burundian centreback Frederic Nsabiyumva attempted a clearance at a pass across the face of his box with a scissor-kick, but miscued to Ngema. The midfielder teed up Ndlondlo, 30 metres out, whose drive took a deflection off the head of the same unfortunate Nsabiyumva, trying to block, to beat wrong-footed goalkeeper Ian Watenga.

Chippa’s Thabiso Lebitso beat two players in the middle and then Ngema tripped to allow the winger through on the right to blast wide. But it had been a tamer opening half for the Chilli Boys and TTM, who were hot, deservedly took a lead to the break.

The 33-year-old forward sustained a hamstring injury eight weeks ago during their goalless league draw against Cape Town City and has been out of ...
Sport
1 year ago

TTM had a chance for a safety goal moments back from the break, Thabo Rakhale advancing on the left and side-footing inside to Lamola, who shot tamely at Watenga.

A difficult back pass to Watenga put the Ugandan keeper under pressure, who slipped on his clearance, the ball landing at the feet of Myamane to attempt a chip that flew centimetres over.

TTM tired later on. Chippa, who last played three days earlier, in their 1-0 home win against Stellenbosch FC on Saturday, had the better lungs.

But Tshakuma had been clearly the more determined to get their hands on that illustrious piece of silverware, and still managed a shot wide from substitute Brandon Theron and cracking strike by Mnyamane to force Watenga’s stop.