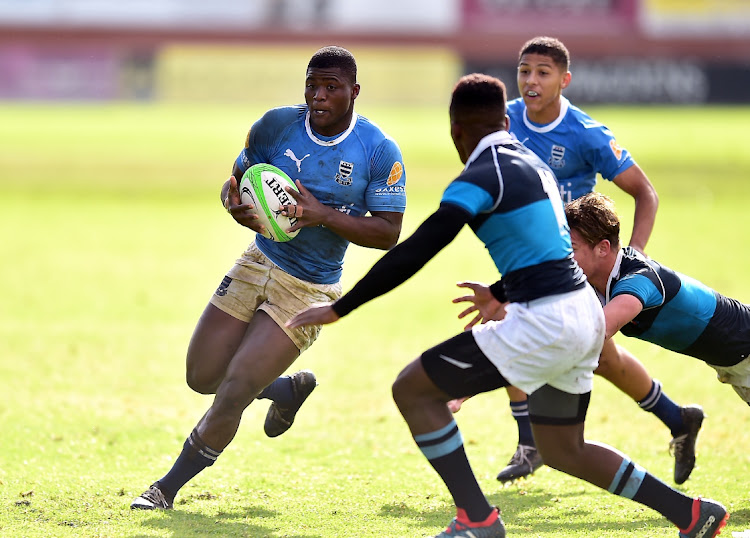 In a tight encounter, St Andrew’s College held off Gqeberha rivals Grey High in the closing stages to win their schools rugby fixture 26-23 in Gqeberha on Saturday.

There was also a close win for Graeme College against Port Rex, while Brandwag and Pearson were too strong for Muir and Humansdorp Secondary respectively.

On the Philip field, Grey, playing with the wind at their backs, took an early lead via a penalty, but St Andrew’s went ahead after a patient build-up resulted in a well-worked try by centre Cameron Rafferty.

The visitors never relinquished that lead, although it was touch and go right until the final whistle.

St Andrew’s took the score to 10-3 after a try by flyhalf Sam Francis after a good break from wing Ethan Breetzke.

The Department of Basic Education and SA Rugby gave the return of school rugby the green light, with games expected to start from April 23.
Sport
3 months ago

But Grey responded quickly with a try by Matshande Matshali to make it 10-8 before, in the dying seconds of the first half, with Grey again on the attack in their opponents’ 22m area, a mistake in midfield saw St Andrew’s hack the ball the length of the field for Rafferty to add another try, making it 15-8 at the break.

A Francis penalty soon after the restart made it 18-8, but a St Andrew’s yellow card for a dangerous tackle saw Grey take advantage.

They exposed some poor defence as Matshali crossed in a brilliant solo effort, but St Andrew’s managed to pin their opponents in their half and they scored next with a crucial try by Oliver Rose giving them a 10-point lead with 10 minutes remaining.

Grey came back through their driving maul to set up Tom Daniels for a try as he evaded several defenders with some sensational footwork near the touchline.

An important penalty by Francis kept the scoreboard ticking over for St Andrew’s but a dominant passage of play by the Grey forwards saw Jake Barnard score to make it 26-23 with less than two minutes remaining.

The race for the presidency was expected to be a tight affair but Rademan ousted fellow candidate Vernon Stuurman quite comfortably in the end.
Sport
2 months ago

Grey then began an attack deep in their half before a high tackle close to the St Andrew’s line resulted in a penalty five metres out. Grey chose to tap and go but knocked the ball on centimetres from the line.

•In Kariega, Brandwag dominated territory and possession to score eight tries as they defeated Muir 48-12.

Brandwag  centre Corné Dawson and flank Keano Botha both played superbly and were rewarded with a hat-trick of tries each.

For Muir scrumhalf Luke van Aardt scored all the points. He crossed for his side’s first try at the end of the first half after a strong break by flank Ziphozihle Ruiters.

Late in the second half Muir sped up the game with quick taps and managed some sustained pressure which eventually led to Van Aardt’s second try, which he converted.

Brandwag’s other tries were scored by Annies and Fillis, while Annies kicked three conversions and Smalberger added a fourth.

Selborne in good shape ahead of Queen’s clash

East London’s Selborne College first team rugby coach Chase Morrison says his players are in good shape despite the Covid-19 challenges, ahead of ...
Sport
2 months ago

•Graeme College beat a passionate Port Rex outfit 19-15 in East London, with all the points coming in the second half.

Although Graeme dominated possession and territory as they camped in Port Rex’s 22m area, they were unable to take their opportunities.

Eventually they ended the drought early in the second half as Buhle Planga showed his class to score a breakaway try, which was converted by Lagon Oerson.

After a period of sustained pressure, Oerson dotted down under the poles to make it 14-0.

Port Rex fought back to score a try before Graeme wing Hlombe Kepe crossed in the corner to re-establish the 14-point lead with 10 minutes left.

Credit must go to the Port Rex side who showed great attitude throughout game and scored two tries in the final stages to make it 19-15.

SA's top matric achiever is from the Eastern Cape

South Africa's top matric achiever from the class of 2020 is from the Eastern Cape.  Reinhardt Buys from Pearson High School was honoured at a ...
News
5 months ago

Pearson kicked off their season with a dominant performance against Humansdorp Secondary. The weather made it difficult at times but it did not stop the Pearsonites from playing enterprising rugby as they romped home 63-0.

Schools who would like their results to be carried must send the match details to Neale Emslie (emslien@arena.africa or 071-850 0865) by 11am on Sundays.