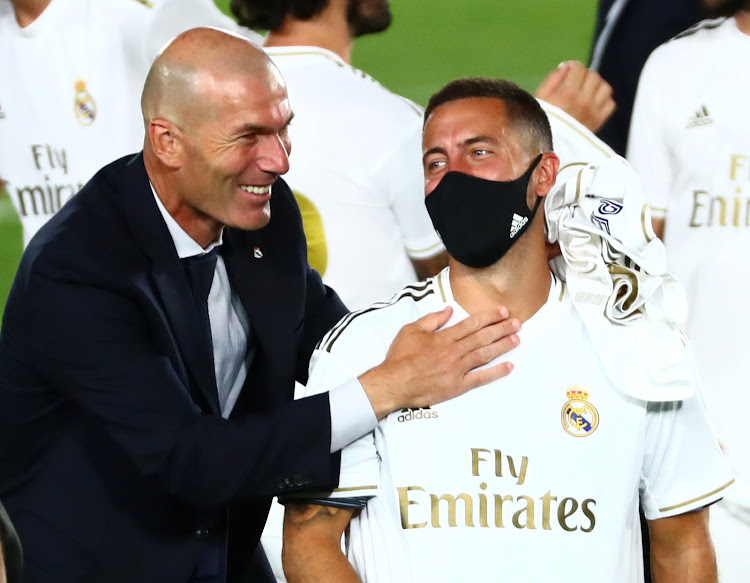 Zinedine Zidane said on Monday he had stepped down as Real Madrid coach as the club's hierarchy did not have enough faith in him to rebuild an ageing squad.

Zidane, who returned to Real for a second spell in charge in March 2019, won two La Liga titles and three Uefa Champions League crowns during his two stints as coach.

However, he stepped down last week after Real suffered their first trophyless season in 11 years, finishing second in La Liga, being knocked out of the Champions League semi-finals and suffering a humiliating Copa del Rey exit in the round of 32 to third division minnows Alcoyano.

In an open letter published in sports daily AS, Zidane said the first time he left as coach in 2018 was because he felt the team needed a new approach to stay at the highest level after enjoying so much success.

"I’m leaving because I feel the club no longer has the faith in me I need, nor the support to build something in the medium or long term."

Zinedine Zidane has stepped down as Real Madrid coach with immediate effect five days after his team were pipped to the La Liga title by city rivals ...
Sport
3 weeks ago

Zidane also suggested that his relationship with the club president had changed in recent weeks, and hit out at the series of leaks and stories about his future coming from within Real.

"I would have liked my relationship with the club and the president over the past few months to have been a little different to that of other coaches," he added.

"I wasn’t asking for privileges, of course not, just a little more recollection.

"It hurt me so much when I read in the press, after a defeat, that I would be sacked if I didn’t win the next game.

"It hurt me and the whole team because these deliberately leaked messages to the media negatively influenced the squad, they created doubts and misunderstandings."