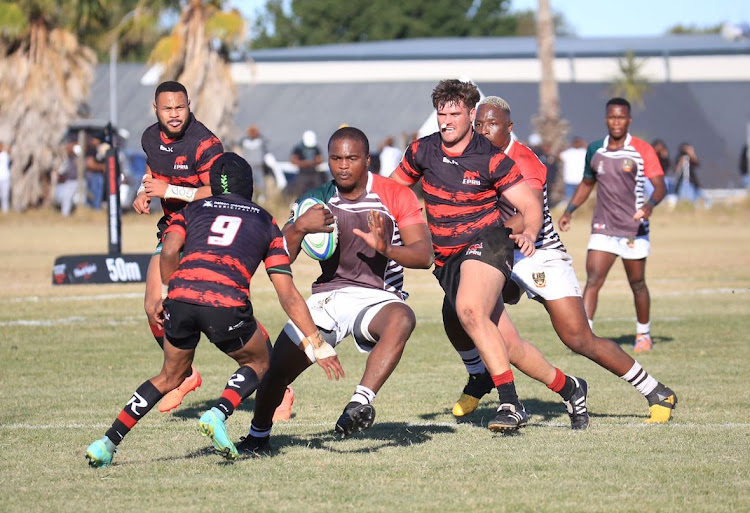 The Border Bulldogs delivered a clinical performance to defeat EP Elephants 41-20 in their Currie Cup First Division encounter at Police Park on Saturday.

The derby win was Border’s first of the season and with the maximum points secured they also managed to claim provincial bragging rights.

In his pre-match interview, Border head coach Lumumba Currie said he wanted his side to be disciplined in their approach in the game and they delivered.

Bulldogs charged up for EP derby

The unions will renew their rivalry and meet for the first time since 2019. Both sides have had some difficulties at the start of the season and are ...
Sport
3 months ago

It was an 80-minute game from Border as they did everything right.

There was improvement in their set pieces. They had the upper hand in scrums, line-outs and executions of their mauls. They were also immense at the breakdowns.

What was pleasing for Border was the six tries they scored and those were a result of ball retention in their attacking phases.

The first half epitomised what a derby should have, emotion and passion.

It was evenly-contested even though Border went to the interval with a 14-8 lead.

The home side set the tempo for the match as they stamped their authority in the opening stages.

Border Bulldogs head coach Lumumba Currie says a bye week has helped them work on aspects they would not have had time to do during a normal match ...
Sport
3 months ago

The confidence of Border was evident in the two tries they scored.

The first came from captain Billy Dutton and the second from Thabo Ntunja.

For the away side, their points came from Riaan Arends and a penalty from Josh Alderman.

The second stanza is where Border ran riot and they crossed the white line four times.

Lwandile Maphuko and Litha Nkula were at their devastating best.

Maphuko scored after piercing through the EP defence.

He then broke through the EP defensive line and set up Nkula for his second try.

Minutes earlier, he had scored a perfect winger try. Nkula was also having a colossal with the boot as he kicked four conversions and a penalty.

Border Bulldogs gave away soft tries when they went down 35-18 to the Griffons in their opening match of the Currie Cup First Division at Police ...
Sport
4 months ago

EP’s Davian Swanepoel provided spark in attack scoring two tries while the rest of the EP supporting cast did not show up.

The fitting moment in the game was when Yamnkela Mzozoyana scored his first try for Border in his third cap.

The embrace he got from his teammates summed up his man of the match performance.

The win gives Border a platform to build in their season.

They next face SWD in their fourth game.

At this stage it is unclear whether EP will be back to full strength after a serious coronavirus outbreak forced 10 players and coaching staff into ...
Sport
4 months ago