Rassie rolls out the big guns

Lukhanyo Am to lead SA ‘A’ side against Lions 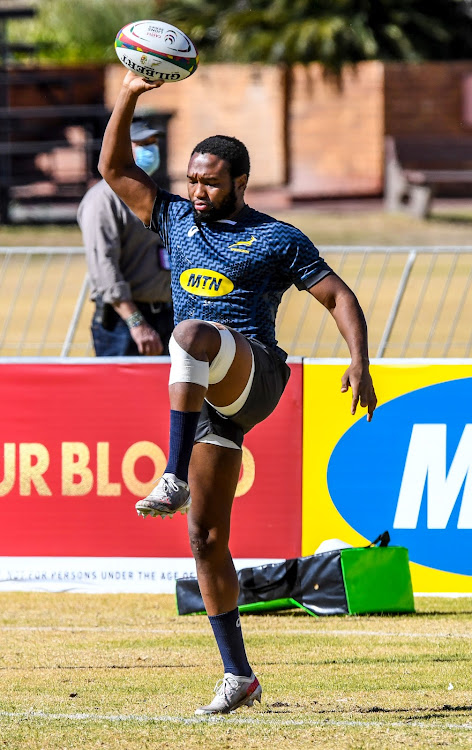 IN CONTROL: World Cup winner Lukhanyo Am will lead SA ‘A’ against the British and Irish Lions in Cape Town on Wednesday
Image: SYDNEY SESHIBEDI/GALLO IMAGES

Qonce’s Lukhanyo Am will lead a strong SA ‘A’ side into battle against the British & Irish Lions at the Cape Town Stadium on Wednesday (8pm).

Am will assume the leadership role after regular captain Siya Kolisi tested positive for Covid-19 and vice-captain Handre Pollard is not in the match day squad.

Springbok director of rugby Rassie Erasmus will assume the coaching responsibilities on the day, deputising for head coach Jacques Nienaber, who continues to self-isolate after also testing positive for Covid-19.

The cancelled Georgia Test and Covid-19 disturbances had forced Erasmus to play a strong SA ‘A’ team, he hinted.

British & Irish Lions coach Warren Gatland wanted sterner opposition for his team in the lead up to the Test series and the Sharks, for one half at ...
Sport
4 months ago

Wednesday’s game will look at giving valuable minutes to players who missed out on the first Georgia Test.

The likes of Faf de Klerk, Cheslin Kolbe, Sbu Nkosi, Damian de Allende and captain Lukhanyo Am will all get a first run out in the series.

“There are some players that you have a lot of knowledge about and you’ve worked with under pressure in the World Cup,” Erasmus said.

“For some of them it’s just to get the match fitness because you know their class as you know what they have done in the past.

“There are some young new guys who get to start with experienced guys with a lot of caps.

“Some of the old guys are returning, like Morne Steyn and Coenie Oosthuizen.

“Guys can play themselves in and out of the team.

“Our situation is not much with gelling at this stage, it is with match fitness.

“I think the match fitness might catch us a little bit.

“Our match fitness in terms of when some guys played is a bit of a worry.”

“The fact that these guys have played together a lot of times, I don’t think gelling is as tough as [Lions coach] Warren [Gatland] has on his hands.”

The British & Irish Lions surged past 50 points for the third consecutive time on tour on Saturday but coach Warren Gatland will have more pressing ...
Sport
4 months ago

The British & Irish Lions surged past 50 points for the third consecutive time on tour on Saturday but coach Warren Gatland will have more pressing ...
Sport
4 months ago

Gatland will also use the game against SA ‘A’ to see how his side fares against strong opposition.

In the three games they have played against the Lions and Sharks, the tourists have been impeccable.

Tour captain Conor Murray returns to the team for the first time and lock Maro Itoje plays his first match of the series.

Gatland is aware that the SA ‘A’ team will provide a stiff test as the tour enters its second leg.

“Wednesday’s game against SA ‘A’ will be our toughest encounter since we arrived here and we’re looking forward to it,” Gatland said on Monday.

“We expect them to be physical in the contact area and look to test us at scrum time.

“I think we’ve benefited from playing at altitude in the first three games.

“While the boys have felt it in their lungs, they’ll be all the better for it now we’re at sea level,” he said.