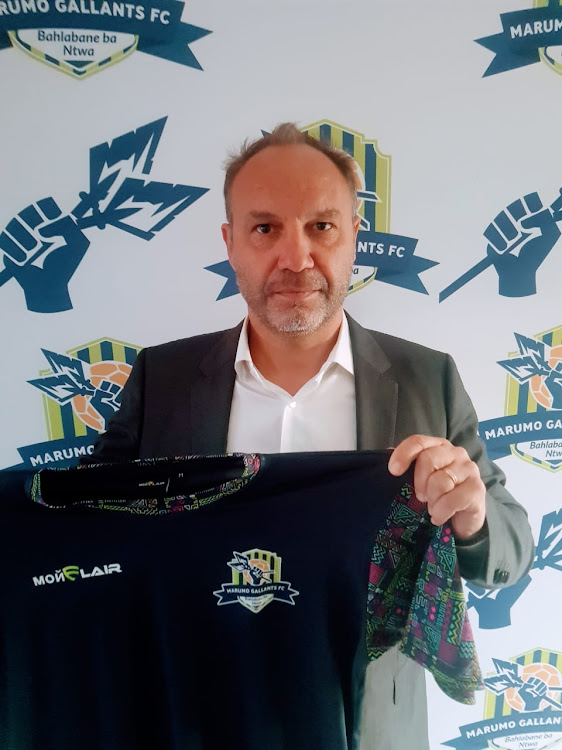 Frenchman Migné (48) will be assisted by Belgian Jean-Francois Losciuto (49)‚ who coached fellow Limpopo club Black Leopards to the playoffs in the National First Division in 2016-17.

Kerr‚ having been in the stands awaiting his work permit for a protracted period for much of the campaign after joining then-TTM midway through 2020-21‚ was released after helping save the team from relegation in the DStv Premiership.

The club formerly known as Tshakhuma Tsha Madzivhandila (TTM) unveiled their new name – Marumo Gallants FC – at the official launch in Sandton on ...
Sport
7 months ago

Gallants chairman Abram Sello said he believed the appointments can solidify the club in a 2021-22 season where they will also compete in the Caf Confederation Cup.

“It is an exciting time for us as a team to bring in such experienced individuals. We will be able to participate confidently in the PSL and the Caf championship‚” Sello said.

“I would also like to thank my technical management for working hard in the last few weeks to identify such good talent.”

Migne coached Congo for a year‚ Kenya for just over a year and Equatorial Guinea for eight months.