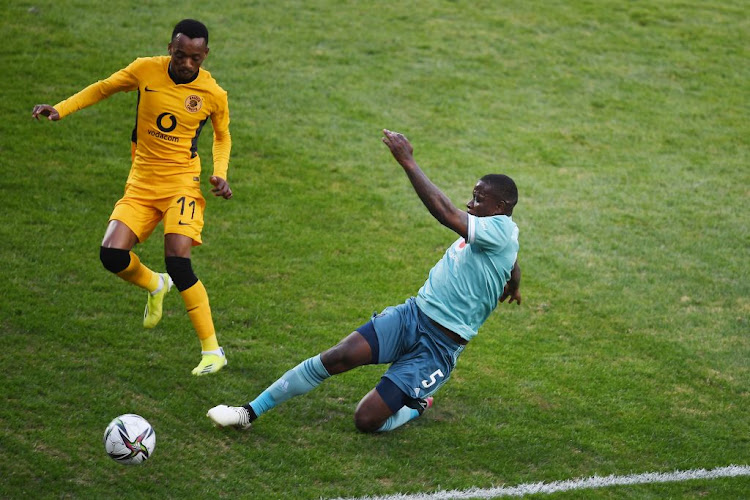 It’s quite hard to appraise the footballing value, even as a pre-season friendly, of the Carling Black Label Cup, won 4-3 on penalties by Kaizer Chiefs over Orlando Pirates at Orlando Stadium on Sunday after a 0-0 scoreline in the 90 minutes.

Coaches cannot even put out a prospective line-up they have in mind for their coming serious matches. But apparently it’s popular, so perhaps the purists among us should swallow our snootiness, or sip a beer, and just try to enjoy it.

The Black Label Cup in front of no fans — just the shouts of the coaches and players drifting across the ground reminding that this was a game between giants in a ghostly, chilly Orlando — became even more of a made-for-TV event.

But for trophy-starved Chiefs, even within the gimmicky format, there were at least promising early signs of a rejuvenation, especially in the second half once they could get some signings on. Youngster Sabelo Radebe, Kgaogelo Sekgota and Phathutshedzo Nange looked bright additions, and Keagan Dolly was not even a part of this shindig.

Kaizer Chiefs have unveiled their new jersey ahead of the coming domestic premiership season.
Sport
11 months ago

The selections voted by the fans were interesting.

Bucs’ XI was predictable, with Richard Ofori in goal behind a back four of Wayde Jooste, Ntsikelelo Nyauza, Thulani Hlatshwayo and Innocent Maela. A midfield of Fortune Makaringe, Ben Motshwari, Thabang Monare and Deon Hotto patrolled behind strikers Thembinkosi Lorch and Gabadinho Mhango.

For Chiefs, Itumeleng Khune was an easy shoo-in in the popularity contest for keeper, behind Ramahlwe Mphahlele, Erick Mathoho and Daniel Cardoso, with Happy Mashiane a makeshift left-back.

In midfield, Radebe, the 21-year-old promoted from the reserves in February, was on the left; and Kearyn Baccus and Njabulo Blom in the middle. Another youth product, Lebogang Lesako (22), was on the right. Khama Billiat and Samir Nurković were the strikers.

With Chiefs’ platoon of signings on the bench, their XI that will kick off their season proper in the MTN8 against Mamelodi Sundowns on the weekend of August 14 will surely be fairly altered.

Chiefs coach Baxter: ‘Every coach in world football has to pay attention to transitions’

Transition football is part of the modern game and any coach in the world needs to be aware of it‚ said new Kaizer Chiefs boss Stuart Baxter.
Sport
11 months ago

The two teams did their best to produce high energy levels, hoping to shake the off-season rust by heavily vibrating their engines. They understandably battled for cohesion, though predictably improved through the 90 minutes.

Bucs shaded the opening half. They produced the strongest chance moments before the break, Lorch striking powerfully at Khune.

Sekgota gave a glimpse of his potential moments with a wicked free-kick from a tight angle on the right in the 56th that was kept out by Ofori.

Nange gave the ball away, allowing a Bucs counter that ended with Lorch forcing a fine stop off Khune’s legs.

Nange’s tempo was good though. He won the ball off Motshwari, advanced and fed substitute Bernard Parker, who teed up the promising Radebe, who struck into Nyauza’s arm earning a penalty. Cardoso saw his spotkick saved by Ofori.

In the shootout, Brandon Petersen, who had replaced Khune, pulled off the decisive saves from Nyauza (onto the post) and Jooste. Sekgota struck the winning kick.