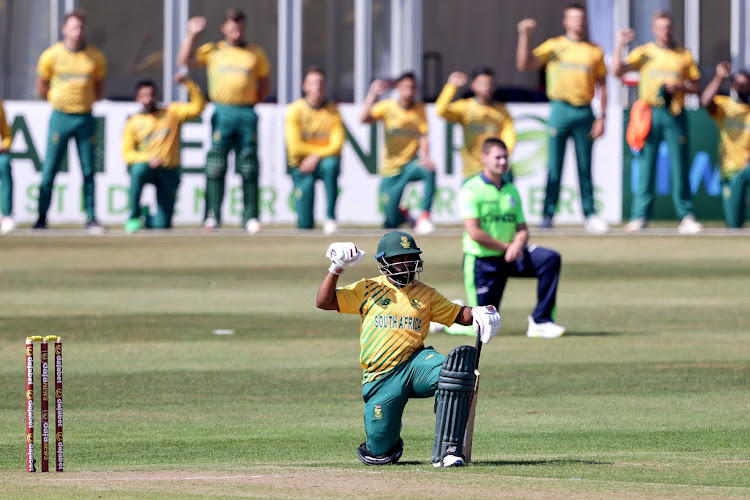 The three-match Cricket World Cup Super League ODI series between the Proteas and Sri Lanka, which starts in Colombo next week, is expected to be a titanic battle.

The three matches, which will be played on September 2, 4 and 7 at the R Premadasa International Cricket Stadium, has 30 crucial Super League points — 10 for a win, five for a tie or abandoned match and nothing for a defeat —  on offer.

While the immediate focus should be on the three-match T20 series that will follow on September 10, 12 and 14 at the same venue in Colombo, because the T20 World Cup starts in the United Arab Emirates and Oman in October and November, the stakes are much higher in the 50-over global showpiece.

The Super League, comprised of 13 countries, is the new qualification pathway for teams for the men's 10-team World Cup in 2023 in India.

The Proteas will leave for Sri Lanka for a six-match white-ball series this week but may do so without their assistant coach Enoch Nkwe for the ...
Sport
9 months ago

The top eight teams, including host nation India, will automatically qualify while the other five countries will play in qualifiers with five other associate nations. Only two teams from the qualifiers will qualify for the World Cup.

When the Proteas fly out to Colombo on Wednesday, they find themselves in a spot of bother in the 13-team Super League.

Although they have played only six Super League matches, the Proteas are languishing in 10th position on 24 points and lead 11th-placed Sri Lanka, who have played 12 matches, by two points. A clean series sweep for the South Africans, which is worth 30 points, will catapult Temba Bavuma’s men into the league’s top five.

Captain Bavuma did not talk about the crucial Super League points on offer during his departure press conference but knows what maximum points will do for his team going forward.

“For us with this group, I know it is just a one-day series, but it is part of our build up to the World Cup in terms of building confidence and mastering our style of play,” Bavuma said.

Spin was the buzz word in the Sri Lanka camp ahead of their three-match ODI series against India at home but lost 2-1.

Bavuma said the Proteas kept a watchful eye on that series and know what to expect in Colombo.

“Some of us have played in Sri Lanka and so I guess from an experience point of view we have that on our side,” Bavuma said

“We obviously expect conditions to be in their favour, far from what we are used to at home.

“The conditions will probably be suited to their slower bowlers, their spinners. So in terms of our preparation we are trying to get that in order as much as we can and be accustomed to everything about Sri Lanka.

“We have a tough encounter and tough challenge from Sri Lanka. They are a very strong outfit in their own conditions,” said the 31-year-old born in Langa in Cape Town.

“There is an opportunity for us and a challenge to be successful in those conditions and that is what we will be looking to do.

“We will be acquainting ourselves to those types of conditions and challenges as much as we can so when we get to Sri Lanka we can play our best cricket in those conditions.”

The last time the Proteas toured Sri Lanka for a bilateral series was in August 2018. They won the ODI series 3-2.