AmaZulu FC will be desperate to get their season back on track when they host SuperSport United in a DStv Premiership tie at the Kings Park Stadium in Durban on Tuesday. 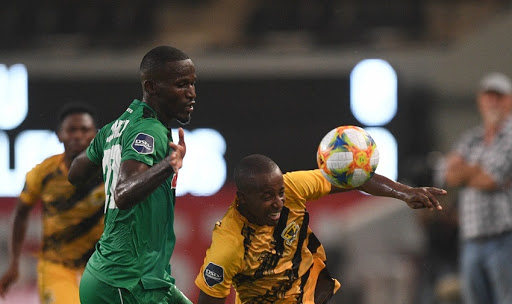 AmaZulu will be desperate to get their season back on track when they host SuperSport United in a DStv Premiership tie at the Kings Park Stadium in Durban on Tuesday.

Last season's runners-up are yet to register a victory this season after losing their opening match against defending champions Mamelodi Sundowns 1-0 and drawing 0-0 at home against Swallows.

The Durban club were also unlucky not to score a single goal despite creating numerous opportunities in their 1-0 home defeat to Malawian club Nyasa Big Bullets in the first leg of the Caf Champions League preliminary round on Friday.

Usuthu will have to beat Big Bullets in Malawi on Saturday to progress to the first round of the Champions League, where DR Congo club and five-time champions TP Mazembe await the winner of the clash.

Speaking ahead of playing SuperSport, Usuthu skipper Makhehleni Makhaula and defender Tapelo Xoki agreed they have to win to bring confidence back into the side ahead of their trip to Blantyre later in the week.

“It’s a must-win match for us because we’ve lost games in this season. It’s about time we take these three points and put them in the bag,”  said Makhaula.

AmaZulu coach Benni McCarthy highlighted the fact that the club failed to sign a striker in the off season, and that’s one of the reasons they’ve been failing to score goals with Lehlohonolo Majoro, Siphelele Mthembu and Bongi Ntuli yet to find the back of the net in the club’s first three games this season.

AmaZulu coach Benni McCarthy has lamented the club's failure to fulfill his wishes to sign a top-class striker after the Durban side's disappointing ...
Sport
1 week ago

Xoki, however, sounded positive about the club’s ability to change their fortunes, saying despite the loss against Big Bullets they’ve tried to remain positive and believe their they’ll turn the corner soon.

“We’re trying to remain positive at all times,” Xoki said.

“We know things have not gone our way in our last few games but we’re hopeful we can turn it around. We need one win to kick us on. It’s been eluding us but we know we’re close, we’re close to getting one over and then from there we can go on a positive run.

“For now we’re just keeping a positive mood, trying to do the basics right and not put ourselves under pressure. But we know that we’re capable of going on a run. We just need to start winning and that will start tomorrow (on Tuesday against SuperSport).”

Xoki said despite not getting the results, what consoles them most is the fact that they’re creating the chances. He feels it’s a matter of time before they convert those chances into goals that will win games.

“The downside is that we have to minimise conceding, which was our strong point last season. We need to play well, do the right things and take the chances when we get them.”

In SuperSport, Usuthu are meeting a team that started the season well, winning their last match against Lamontville Golden Arrows 3-1 after drawing their opening tie to Cape Town City 0-0.