Border Blind Lions into their stride ahead of national tournament 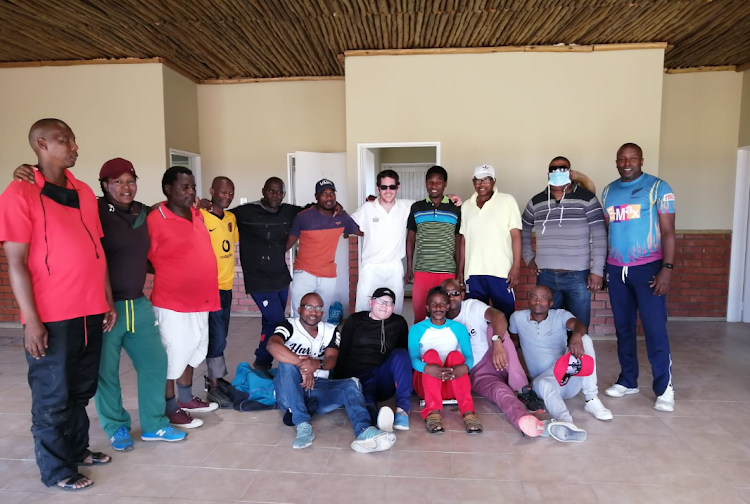 The Border Blind Lions cricket team that will take part in the SA Blind cricket T20 national tournament in Johannesburg, from 4-7 October.
Image: SUPPLIED
The Border Lions Blind cricket team completed its preparation ahead of the South Africa Blind Cricket T20 national tournament, taking place in Johannesburg from October 4-7, with a training session held at the Amacalegusha Oval outside Qonce on Saturday.

While their physical preparation has gone well, the Blind Lions still needs to secure financial support, specifically for their kit and transport, to enable them to take part in the national tournament. The kit for the team will cost R35,000, and the team is appealing to the public to assist them in any way.

Assisted by two coaches provided by Border Cricket, the team was put through their paces in simulated match conditions, with all players having a chance to bat and bowl. 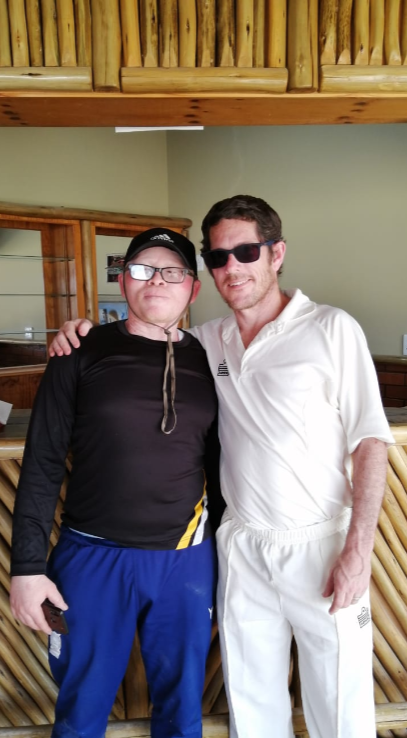 Blind cricket teams comprise players with different levels of vision impairment – a minimum of four B1 players, who can at best perceive light, three B2 players, and a maximum of four B3 players, who have to have at least 20/200 visual acuity, or 20 degrees or less peripheral vision in order to qualify.

There was a great cameraderie among the players, with those with better sight assisting their teammates who are completely blind to feel their way to find the stumps and position themselves so as to effectively protect their wicket.

Completely blind players are considered the wealth of the team, as every run they score gets doubled. They also have to have nerves of steel, fielding directly in front of the batsman, at short leg and point.

The ball used is made of hard plastic, with bearings inside that make a loud rattle. The B1 fielders hear the ball approaching and have a split second to throw their bodies to the ground in the direction that they perceive the sound to be coming from.

Sometimes the ball reaches them at such speed that it strikes their bodies. Imagine not being able to see the ball at all, and yet having the courage to literally put one's body into the firing line to prevent a run being scored. That's the life of a B1 fielder.

When running between the wickets there's a lot of animated talking, with the better sighted batsman at the crease making the calls. Both batters have to trust each other completely, and pray their legs reach the line before the ball, as running at speed distorts further one's vision, adding to the impairment of even the better sighted players.

Border blind cricket back on track

Border Lions secretary general said: “It all started with a call from Asanda (Bidla), the President of Blind Cricket SA, calling us and pleading with ...
Sport
1 month ago

The wicket-keeper has an important role to play in helping to navigate his teammates. When the bowler is ready to go, the wickie will make a loud noise over the stumps to aid direction for the blind bowler, after which the bowler asks whether the batsman is ready and, after receiving a positive response, at the point of delivery he calls out, “Play!” When the batter strikes the ball, the wickie will make a call to the fielder in the direction the ball has been struck.

One of the more endearing features of blind cricket is the support given to the B1, completely blind batter, often from the wickie, but also from other players of the opposing team, to help ensure that the batter is correctly positioned to ensure a fair contest between bat and ball.

We fully support this team and wish them well for the tournament. With them representing Border Cricket, this will certainly put us on the map again

Following the training session a team meeting was held to discuss preparations for the forthcoming national tournament, at which the team selected Bangela Manqindi as captain, and Tim Stones vice captain.

The Border Lions hopes to leave for Johannesburg next Sunday, with their first match set to be against the reigning national champions, Central Gauteng, at 9am on Monday 4 October. All matches will be live streamed.

CEO of Border Cricket, Andile Mxenge said: “As Border Cricket we are very excited that Blind Cricket has been revived in our region again. We fully support this team and wish them well for the tournament. With them representing Border Cricket, this will certainly put us on the map again.”

Those who are interested in assisting the Border Blind Lions, who have applied for registration as an NPO, towards the cost of their playing kit, or to enter into a partnership with the team, are invited to contact the team's chairman, Pila Madliki, at 063 682 2419, or PRO Tim Stones at 073 162 3852.