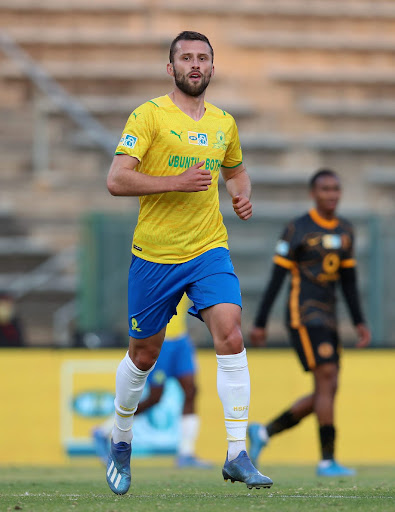 After seven matches in all competitions so far, Šafranko has only found the back of the net once, against Golden Arrows in a first leg MTN8 semifinal, and the pressure is beginning to mount.

Šafranko, who has been mostly used as a substitute since the beginning of the season, played for the entire 90 minutes in the second leg win over Arrows on Tuesday and Mngqithi said it was their plan to help him overcome anxiety.

“The plan was to give him 90 minutes because we wanted to kill the anxiety and the willingness to try to show what he is capable of,” said Mngqithi, who said Šafranko played well.

New Mamelodi Sundowns European striker Pavol Safranko is yet to establish himself in the star-studded squad and has not started a match so far but ...
Sport
4 weeks ago

“To be honest, in establishing play from him I think he did very well in that space. There were a few moments where we felt that he was too busy while he could just have stayed in good positions and waited for the balls to come into his area.

“I think he had a solid second half and he established play very well. He came from many instances where, with better decision-making from guys like Gaston Sirino, Neo Maema and Thabiso Kutumela, we could easily have created better opportunities from establishing play from him.

“I think he is coming up well, we are happy with his decision-making and we are sure that he is going to score goals for us.”

Šafranko, who was a subject of ridicule from fans on social media on Tuesday, is competing for a starting attacking place with Peter Shalulile, Kermit Erasmus, Kutumela, Haashim Domingo and Gift Motupa.