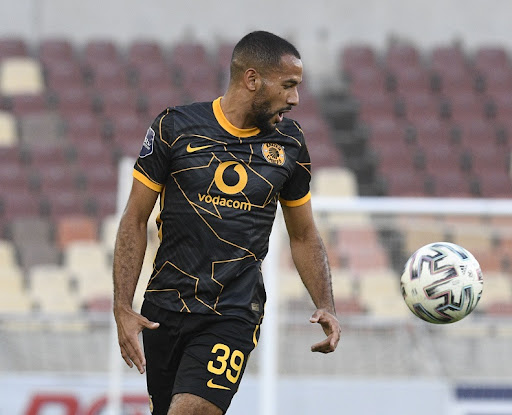 Kaizer Chiefs remain positive that they will have a good season when all the small things they are doing start to add up, Amakhosi right-back Reeve Frosler said ahead of his team’s DStv Premiership clash against AmaZulu on Saturday.

Frosler, like Nkosingiphile Ngcobo, had his first team place at Chiefs affected by being rested on their return from playing for the SA Under-24 team the Tokyo Olympics in a preseason already compressed by Amakhosi losing to Al Ahly in the July 17 Caf Champions League final.

He made a brief extra-time appearance as a substitute in Chiefs’ season-opener in their penalties MTN8 defeat to Mamelodi Sundowns in August, then Njabulo Blom became employed by Stuart Baxter at right wingback.

Frosler got a first start of the season just after a decent start for Chiefs had spluttered, notably with a 4-1 home thrashing at the hands of Royal AM. Frosler came into Baxter’s XI in Amakhosi’s unconvincing 0-0 draw against Marumo Gallants at Peter Mokaba Stadium on Sunday.

“It was a difficult game. Not really difficult but we made it difficult for ourselves, I think,” Frosler said.

“But personally I was just happy to be back on the field, getting some game time again. I’m still not where I want to be fitness-wise. But we’re working on that – hopefully I’ll get more games and be where I’d like to be physically.”

Chiefs face another stern test at Durban’s King’s Park, against Benni McCarthy’s Usuthu, who, after a patchy start, have begun to show signs of the form that took them to Premiership runners-up last season. AmaZulu have notched two wins and two draws from four league and cup games.

“AmaZulu did well [in 2021-22]. They’re in the Champions League preliminary rounds. It’s going to be another difficult game for us,” Frosler said.

The right-back said Chiefs supporters’ concerns at some unconvincing performances were understandable, but, “the season is long”.

“The guys are positive in the dressing room. We still feel we are doing OK. We’d like to get better, obviously.

After five games AmaZulu (six points) are in seventh place in the Premiership from a win, three draws and a loss. Chiefs (five points) are in 13th having won once, drawn twice and lost twice.