Baxter's appeal to Chiefs fans: 'I hope the supporters understand the journey that we’re on' 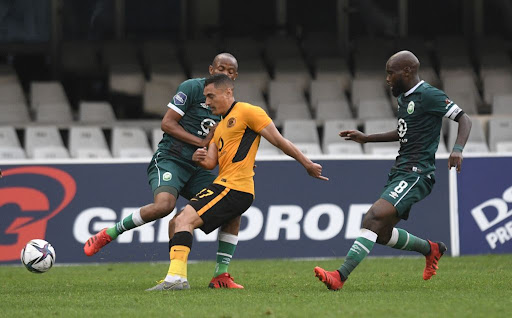 Kaizer Chiefs coach Stuart Baxter does not intend to throw in the towel yet and believes his struggling charges are only 10% away from being a difficult team to beat in the DStv Premiership.

Chiefs drew their third match in six outings this season when they shared the spoils with AmaZulu in a 1-1 result at the Kings Park Stadium in Durban.

Keagan Dolly came to Amakhosi’s rescue in the referee’s optional time following a dubious penalty that referee Jelly Chavani awarded after consulting his assistant Emmanuel De Sani. The goal cancelled Usuthu’s lead which they took through Luvuyo Memela early in the second period.

Baxter insisted that his charges were on top of this game, despite sharing the spoils and requiring Dolly's penalty to salvage something from the game.

“Well if you’d have asked me if it was the result I was looking for when we were 1-0 down and we have five minutes to play, I would have said yes it was,” said Baxter who is in his second spell with Amakhosi after his first between 2012 and 2015 yielded two league titles and two domestic cups.

“We came at the halftime knowing that if we don’t give silly free kicks around the box and we don’t kick the ball away when we just won it on transition, then we can get more out of the game.

“But when the game got under way then we made, for me, an elementary error. We lost the ball and big spaces between our defenders and we give away the goal, which means it’s a new uphill battle.

“I think for about 10 minutes or 15 minutes (in the second half) we were chasing the ball. Energy was used in trying individually to get ourselves back into the game.

“We settled down again and we started to play better football, and of course the more the club ticked the more we were throwing more and more attacking players into the field.

“At the finish we created a couple of great situations and one of them resulted in the penalty, which even though it was late, it was very welcome. And I was just hoping that Keagan (Dolly) was going to blast it in the back of the net the way he did.

“I think looking at the whole game, because we gave something away that we should not have given, maybe we don’t deserve more than a 1-1. But I think it only needs us to change small things and this can be a victory against a team that finished second on their home patch last year.

“It’s only small things there that we can turn our game into a victory. So I hope the supporters understand the journey that we’re on and I hope they stick with us because I think there’s enough happening to encourage us to believe that this could be very good if we can just shift to that 10%.”