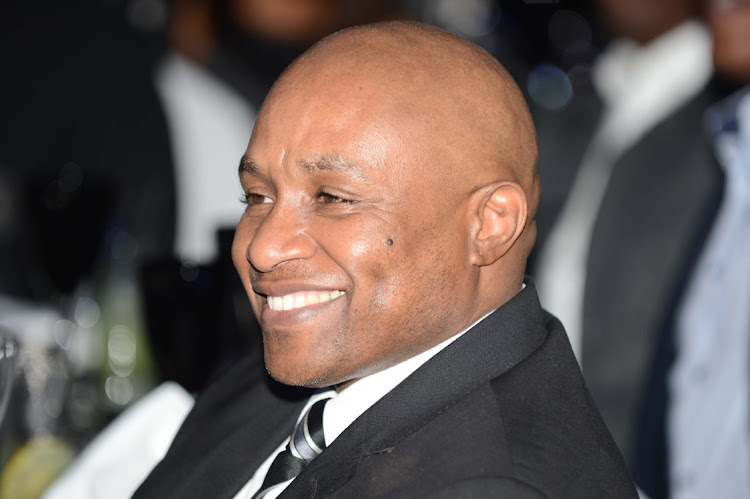 Orlando Pirates senior official Floyd Mbele says they will be no spectators at Orlando Stadium during their Caf Confederation Cup match this weekend.
Image: Lefty Shivambu

Orlando Pirates' senior official Floyd Mbele has confirmed there will be no spectators when they face CSMD Diables Noirs from the Congo in a preliminary round Caf Confederation Cup match at Orlando Stadium on Sunday.

The Buccaneers were held to a goalless draw by Diables Noirs in the first leg at the Stade Alphonse Massemba-Débat in Brazzaville in a match caretaker coach Mandla Ncikazi said was played under difficult conditions.

Mamelodi Sundowns are also at home against AS Maniema from the Democratic Republic of Congo on Sunday. The club had not responded to TimesLIVE when asked whether they will allow spectators to attend the gamet.

The Brazilians, who were held to a 2-2 draw by AS Maniema on Sunday away from home, are favourites to advance to the next stage of the competition because of their two away goals by Themba Zwane.

Goodman Mosele is out of the Bafana Bafana squad to face Ethiopia in crucial back to back qualifiers for the 2022 Qatar Fifa World Cup next week ...
Sport
8 months ago

“We can’t have spectators because we are waiting for protocols from the league,” responded Mbele when asked about an issue that has become topical after Bafana Bafana beat Ethiopia 1-0 at FNB Stadium in front of about 2,000 spectators last week.

“When Covid-19 started, the league was taking the lead in terms of the return to play protocols and they worked closely with the departments of sport and health.

“When we got into the bubble, all of that was under the guidance of the NSL. With the reintroduction of supporters, the league must take guidance by saying these are the parameters that need to be followed and this is the course of action to make sure everything is in sync.”

Last weekend Marumo Gallants beat Congolese side AS Vita 2-1 in their Confederation Cup clash in front of empty stands at Peter Mokaba Stadium, while AmaZulu played to a 0-0 draw with TP Mazembe without any fans in the Champions League at the Moses Mabhida Stadium.

“It can’t just be the wishful thinking of one team over the others. It has to be a measured approach and we will take the lead from the PSL. The league says now that there is relative normality in the country, here are the parameters for us to be able to play this season.

“There was an understanding that with the Disaster Management Act you guys can only have 163 people in the stadium so football continues. Now, when the issue of spectators comes in, we must take the cue from them again with the parameters that must be followed.

“Otherwise you are creating a disconnect by having fans during Caf matches and no supporters during league matches. Where do you draw the line in terms of consistency? We are members of the league before we are members of Caf.

“All of us want spectators back, but you have to be measured, you have to be responsible, you have to make sure there are no comebacks. We are hearing talks from  experts that there is a serious possibility of a fourth wave in Johannesburg next month. What does that mean in the bigger scheme of things?”