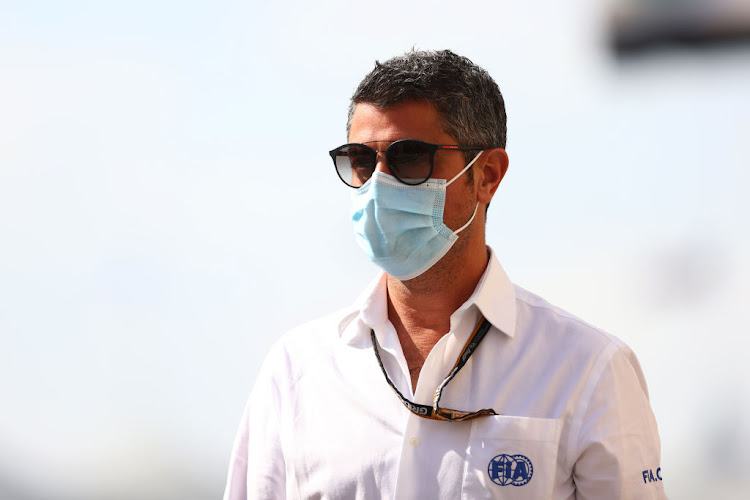 Race director Michael Masi could be forgiven for not wanting a thrilling season to finish with a procession.
Image: Clive Rose/Getty Images

As fireworks exploded and Red Bull's Max Verstappen celebrated his first Formula One title on a dramatic and controversial evening in Abu Dhabi on Sunday, arguments followed fast and furious.

The questions about fair play, the sport's integrity in an age of scripted television-led drama as well as the role of race director Michael Masi will not be going away in a hurry.

They could end up debated in court if Lewis Hamilton's outraged Mercedes team, who had a top barrister on hand after the race, follow through on their intention to appeal the outcome.

Nobody doubts Verstappen is a worthy winner, with the Dutch 24-year-old and seven-times champion Hamilton giving their all in one of the most exciting seasons.

The circumstances that led to the final victory were highly controversial, however, and put Masi — appointed after the sudden death in 2019 of highly respected predecessor Charlie Whiting — ever more in the firing line.

"Better to be a controversial sport than a boring one."
Sport
5 months ago

With the safety car deployed near the end, the Australian ruled that lapped cars would not be allowed to unlap themselves before racing resumed.

Breaking with protocol, he then decreed that only the five lapped cars between Verstappen and Hamilton rather than all could do so.

That set up one last lap of racing with Verstappen, who had seized the opportunity to pit for fresher tyres while Hamilton stayed out, getting a clear run and passing the Briton seven corners from the end.

“This is a new way of running the sport where the race director can make these ad hoc decisions. It's been a bit too 'guess what I'm going to do now' I think,” said 1996 world champion Damon Hill.

Nico Rosberg, the 2016 champion for Mercedes, was conflicted.

“I guess Michael Masi can decide what he wants and he’s the director,” the German told Sky Sports television, while adding that Mercedes had tailored their strategy to a rule that was then suddenly changed.

Mercedes team boss Toto Wolff did not talk to the media after the race.

Red Bull's Max Verstappen won the Abu Dhabi Grand Prix and his first Formula One title with a last lap overtake on Sunday to deny championship rival ...
Sport
5 months ago

The regulations, much thumbed on Sunday night, leave some grey areas.

The required instruction “lapped cars may now overtake” was not given and the race director, under a separate rule, has “overriding authority” when it comes to the safety car.

After a rain-hit Belgian Grand Prix that was ridiculed after lasting only a few laps behind the safety car, Masi could be understood for not wanting a thrilling season to finish with a procession.

He has also been cast more into the limelight by radio communications between teams and the race director being broadcast for the first time this season.

Whiting, who pretty much wrote the rule book, was never exposed to such scrutiny.

In Saudi Arabia, the race before Abu Dhabi, there was a messy negotiation with Red Bull about Verstappen's grid position at a restart that raised doubts about Masi's authority.

Button recognised few would want to be in the race director's shoes.

“He wants to get them racing. He doesn’t want to decide the world championship. It’s a really tricky one but we saw a race,” said the Briton.

The producers of “Drive to Survive”, the Netflix documentary series credited with boosting Formula One's popularity worldwide and particularly in America, will not be complaining.