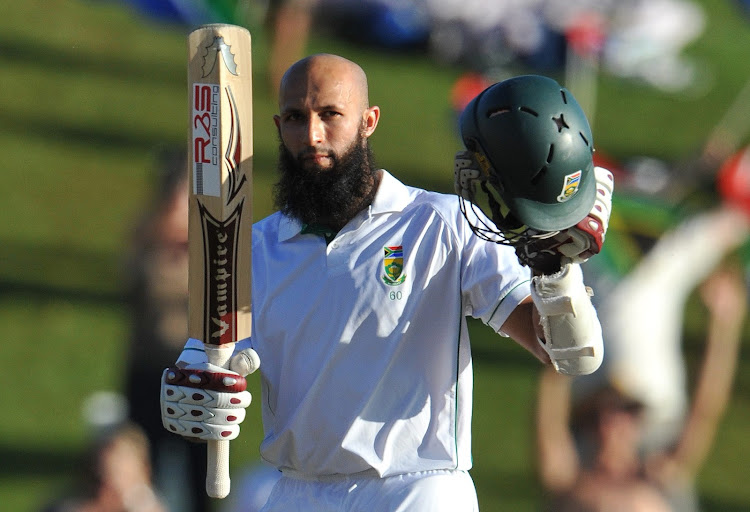 Hashim Amla loved batting at Centurion, where he has scored five centuries in 13 Tests at an average of 75.33.
Image: Duif du Toit/Gallo Images

SA will hope to be at the crease at some stage on the second day of the first Test against India at SuperSport Park on Monday, a ground where they have enjoyed enormous success in the past.

They will be up against a formidable Indian bowling attack on a wicket that is likely to quicken up if there is enough sun to dry it .

The ground has seen a number of highlights over the years from SA batters, and it is likely there will need to be another one if the home side are to remain in the contest.

TimesLive looks at the five top scores by SS batsmen at the ground over the years, including one very recent knock.

Rain has delayed the start of the second day of the Boxing Day Test at SuperSport Park in Centurion on Monday.
Sport
7 months ago

The nuggety left-hander scored 11 centuries for SA but his highest score came at SuperSport Park as the Proteas beat Bangladesh by an innings and 48 runs in 2008.

He was in supreme form and would go on to score 150 against Australia in Cape Town in his next Test a few months later.

Prince handled the Bangladesh spinners well and remained unbeaten through the innings, eventually running out of partners to deny him a shot at a maiden double century.

He was the only one of the South Africans to take the fight to Bangladeshi spinner Shakib Al Hasan, who took 6-99 in the innings. Prince added 271 for the sixth wicket with Mark Boucher (117).

Gibbs was a born entertainer, which was both a blessing and a curse as he cracked 14 Test centuries in 154 innings, but probably left some out there when more circumspection could have seen him to three figures.

But against the West Indies in 2004 he was at his dazzling best as SA won by 10 wickets, and Gibbs and Graeme Smith (139) put on 301 in just 66.5 overs for the first wicket as the home side declared their first innings on 604 for six.

Gibbs batted for almost eight hours in an unusually sedate strike rate for him before he was eventually out to part-time leg-break bowler Ramnaresh Sarwan, cutting a wide long-hop to backward point.

Gibbs’ highest Test score of 228 came against Pakistan in Cape Town the previous year, one of two double hundreds in his 90 tests.

This time last year, Du Plessis was smashing Sri Lanka to all parts of Centurion as he feel agonisingly short of what would have been a maiden, and only, double century in Tests.

He would only play three more tests after this one before announcing his retirement from the longer format, and it was a commanding performance as SA easily won by an innings and 45 runs.

It was an innings of great skill and composure, until he got to the vital moment as he tried to loft leg-break bowler PWH de Silva over mid-on in search of the double-ton, but picked out the fielder, opposing captain Dimuth Karunaratne.

It was a sad end to a superb knock that came off just 276 balls and was a 10th, and last, Test ton for Du Plessis.

Kallis would score an incredible 45 test centuries in his glittering career that made him arguably South Africa’s greatest ever batsman and one of the finest all-rounders the game has ever seen.

But despite all his success, it took him 15 years from his international debut to score a double-ton, so long that many wondered if it would ever come.

It finally did against India at Centurion, and in quick time too as he took the attack to the bowlers and scored his 201 not out off only 270 balls, displaying all his power and skill against a handy touring attack.

He would get a second test double-ton, and highest score, a little over a year later when he managed 224 against Sri Lanka in Cape Town.

Amla loved batting at Centurion, where he scored five centuries in 13 Tests and averaged 75.33 at the Highveld venue.

He holds the record for the top Test score there with his patient 208 against the West Indies 2014, in which he batted for almost eight hours and toyed with the visiting attack.

SA easily won by an innings and 220 runs as they posted 552 for five declared, before bowling out the tourists  cheaply twice.

He was the last man out, trying to up the scoring rate but was caught at long-on.

Amla made three double tons in all and one triple, with his 311 not out in England in 2012 still the highest score by a South African in Tests.