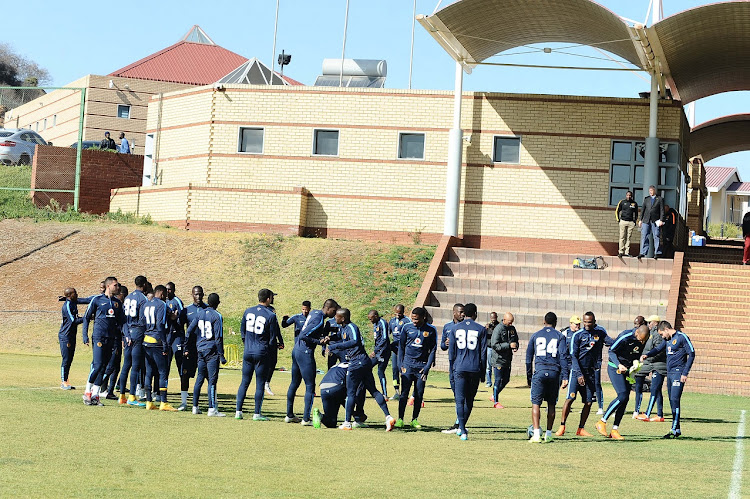 The PSL officials had earlier backed themselves into a corner by issuing  two circulars to clubs on what would be the outcome if fixtures could not be fulfilled due to Covid-19. The first circular already had dire consequences for one club.

So there were no grounds for any other outcome than to deny Chiefs’ request, leaving it to another body to find differently as Chiefs decided to appeal the ruling.

The only surprise is that it took the PSL executive committee numerous meetings and some time to reach the obvious verdict, but sometimes it is best to be seen to be applying one’s mind to a problem, even when you know what the outcome will be.

What is less surprising, given their recent silence when engaging media and fans is that they have said they will only take questions on the matter at a press conference on January 5.

Chiefs assistant coach Zwane: ‘If we are to beef up as a club, we would perhaps look at a striker’

Kaizer Chiefs assistant coach Arthur Zwane does not think there's a need for the club to dip into the transfer market during the next window and is ...
Sport
7 months ago

Explanations should have been forthcoming immediately to stop the spread of fake news, misinformation and conspiracy theories.

By remaining silent, the PSL is inviting social media warriors to pick apart the sound reasoning behind their ruling.

The precedent for the decision was set in January when Cape United said they could not fulfil their GladAfrica Championship fixture against Cape Town Spurs due to a Covid-19 outbreak in their squad.

The previous month the PSL executive committee, in which Chiefs' chairman Kaizer Motaung is a major voice, told clubs the virus could not be used as an excuse to postpone matches under any circumstances.

It is unclear what Motaung’s views on the matter were. He might have been against the decision, but as part of the executive he signed off on the circulars.

The PSL awarded the points from the Cape United vs Spurs game to the latter, which in the end was the difference between safety and relegation as they finished three points ahead of Steenberg United, but with an inferior goal difference.

So had the game been postponed, and Spurs lost, it would have been them and not Steenberg who went down.

The ruling has therefore had some ramifications already and the precedent had been well and truly set.

Kaizer Chiefs say they will appeal the PSL executive committee’s decision to reject their request for their matches in December to be postponed over ...
Sport
7 months ago

Whether the PSL executive still agrees with their decision a year later is neither here nor there — it was in place when Chiefs asked for the postponement of their games and could not be changed retrospectively.

To do that would open up the potential for legal challenge from aggrieved parties at the end of the season when someone, somewhere, needed those points to achieve their campaign goals.

The PSL may in future amend that ruling, as it was clearly unfair on Chiefs, as it was for Cape United last season.

Many teams have been decimated by injury in the past and had to play understrength sides, but those are football injuries and part of the game. Covid-19 is not a football injury.

The Premier League in England has, on a case-by-case basis, determined that games can be postponed due to Covid-19 infections, as we have seen this festive season.

By making teams forfeit points, it devalues the sporting integrity of competition. The decision by Uefa to make Tottenham Hotspur do just that in the European Conference League shows there are diverging views, though that was more to do with scheduling conflicts in a knockout competition. In the league you have far more time to make up fixtures later on.

So you can sympathise with Chiefs’ view and predicament, even if you hold the view that the PSL was correct to implement the regulation. It cannot be one rule for Chiefs and another for Cape United.