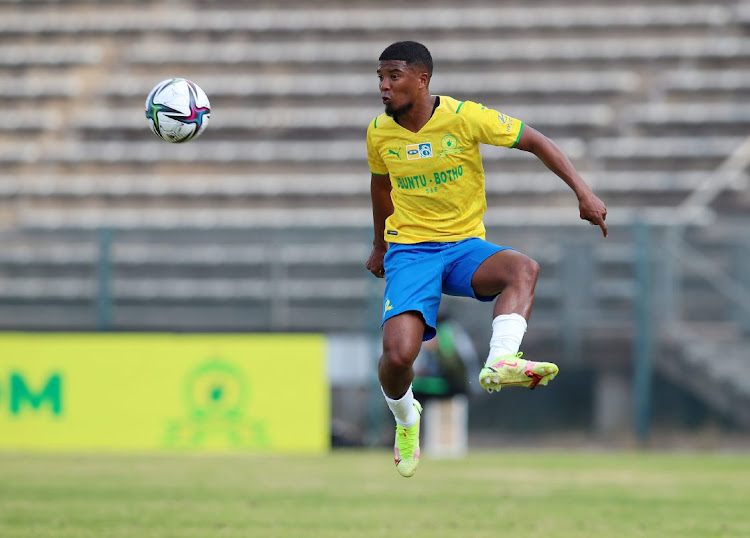 Richard Mbulu delivered one of the most stunning goals of the season when he beat Mamelodi Sundowns goalkeeper Denis Onyango with a curling effort to ensure that Baroka FC shared the spoils in an exciting league match played at the Old Peter Mokaba Stadium in Polokwane on Monday night.

Premiership leaders and defending champions Sundowns had appeared to be cruising to yet another victory as the final whistle approached in Limpopo, but Mbulu seemingly had other ideas. The ball was delivered towards the area as the final whistle approached but after Sundowns failed adequately to deal with the danger, a grateful Mbulu reacted fastest and sent a beauty of a shot that curled beyond a diving Onyango as it sailed into the back of the net.

Baroka players and technical team members were besides themselves with joy as the ball rested behind Onyango and they will be the first to admit that as they should not have been chasing the match when they had so many opportunities.

The two sides had to settle for a share of the spoils after Lyle Lakay put Sundowns in the lead in the 48th minute before Mbulu's dramatic strike right at the death.

Baroka FC were nearly made to rue the litany of missed opportunities they created in the first half after Lakay  gave the champions the lead in the second period.

Mamelodi Sundowns ready for marathon trip on the African continent

Mamelodi Sundowns might have stadium woes of their own, but the strict standards set by the Confederation of African Football for hosting African ...
Sport
4 months ago

New South American recruit, Bolivian midfielder Erwin Saavedra, won a free kick at the edge of the area in the 47th minute and grateful Lakay stepped up to deliver a breathtaking kick that gave the visitors the lead. Baroka goalkeeper Elvis Chipezeze certainly did not know much about it and remained rooted to his goal line as Lakay's deceptive strike snaked to the back of the net.

Referee Xola Sitela awarded the penalty to the home side after ruling that Sundowns defender Rushine de Reuck handled the ball while attempting to deal with the danger as the Limpopo side threatened the visitors' rearguard.

Basil Mphahlele fired his effort  into the clouds and so off the mark was the strike that there's a chance the ball could be close to moon as we speak.

The Limpopo side regretted the miss in the second period when Sundowns eventually took control through Lakay, who beat Chipezeze with the impressive strike.