WATCH | Themba Zwane has made his peace with Broos’ Bafana snub 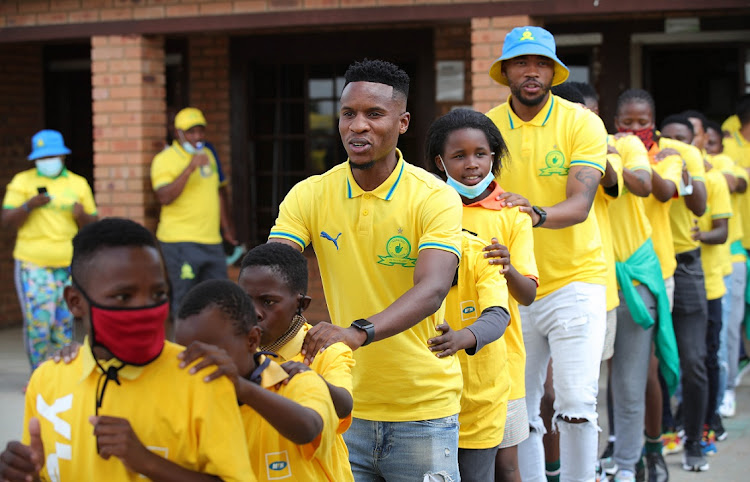 Themba Zwane of Mamelodi Sundowns during a MTN8 Goals for Charity event at Hammanskraal Sports Complex in Pretoria on March 22 2022.
Image: Samuel Shivambu/BackpagePix

Star Mamelodi Sundowns midfielder Themba Zwane has made peace with his continued omission to the Bafana Bafana squad.

Since he took over as coach of the national team last year, Hugo Broos has continuously ignored 32-year old Zwane despite the Downs attacking fulcrum’s impressive performances for the Brazilians.

The latest snub was when Broos announced the squad for the friendly matches against Guinea and France in the coming few days.

"Not at all, I am a professional player and I respect the coach's decision," Zwane said, when asked on Tuesday if he is disappointed by Broos' continued snub.

"Obviously a I will keep working and pushing hard with the hope t my chance will come," the player said, adding he still wants to represent his country.

"If I don't get selected, I'll continue  to work hard for Sundowns, which is where my focus is. There are things I want to achieve with the national team.

"Obviously, I have to continue pushing myself and improving in every game I play.”

Zwane said he doesn't have anything against Broos, whose youth-emphasis team selections have divided opinion.

"I don't have anything against the coach. As I have already said, I respect his decision and I support the guys."

Another player ignored by Broos is Zwane's midfielder partner Andile Jali, who has also been in scintillating form for the Brazilians.

Broos on why Jali cannot make the Bafana squad: ‘This is a choice I made’

Hugo Broos says he made a decision for a youth emphasis in Bafana Bafana and he is sticking to it, so Andile Jali, arguably the DStv Premiership’s ...
Sport
3 months ago