The staggering numbers Sundowns have raked in this season 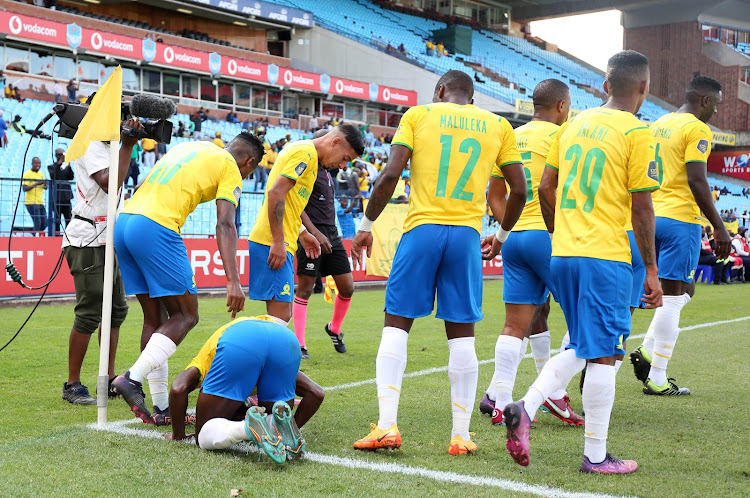 Mamelodi Sundowns have been impressive this season.
Image: Samuel Shivambu/BackpagePix

Mamelodi Sundowns are playing great football across all competitions as they chase an unprecedented quadruple and a fifth successive league title.

The Brazilians have one hand on the DStv Premiership trophy with five matches remaining in their campaign, They are also in the quarterfinal stage of the Caf Champions League and in the semifinals of the Nedbank Cup.

Earlier in the season, they lifted the MTN8 competition.

TimesLive takes a look at some their staggering numbers so far this season in all competitions.

40 — The number of games Sundowns have played in all competitions this season.

Kaizer Chiefs coach Stuart Baxter has conceded the DStv Premiership title and has suggested his team will give runaway leaders Mamelodi Sundowns a ...
Sport
1 month ago

13 — Sundowns have 13 national team players in their set-up with at least 10 players regulars with Bafana. Shalulile, Saavedra and Lunga are the other national team stars in the squad.

14 — The Chloorkop-based team has conceded only 14 goals from 25 matches in the DStv Premiership, thanks to their excellent defending which has put them in place to snatch their 11th league title.

28.4 — Is the age average of the Sundowns’ squad with goalkeeper Kennedy Mweene the oldest at the age of 37. Onyango is a year younger than his competition Mweene.

36 — Sundowns have used 36 players this season, including Ricardo Nascimento, who joined with Royal AM in January, and Sifiso Ngobeni, who is on-loan at SuperSport United.

83 —  The number of goals that Sundowns have scored this season in all competitions. Shalulile leads with 27 goals and Themba Zwane is second with 10 goals.

21 —The number of goals Shalulile has scored in the league this season and is four shy of the record set by Collins Mbesuma 16 years ago.

3,103 — Shalulile is the player who has spent the most time on the pitch for Sundowns, having racked f 3.103 minutes this season. Lyle Lakay is second with 2.834 minutes and Andile Jali has done 2.807 minutes on the park.